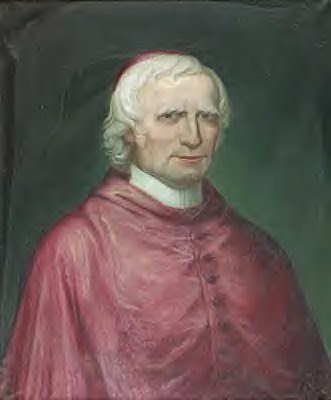 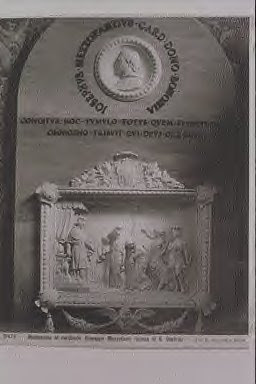 In past editions of The Guinness Book of World Records, he used to be mentioned in his field. In his own day, he was a European phenomenon and prodigy. He was called a "living Pentecost".

Giuseppe Gaspare Mezzofanti (Born Bologna 1774- Died Rome 1849) was the son of a carpenter. On his death, he was a famed linguist and hyperpolyglot.

When he was 12, he already spoke nearly 10 languages.

Ordained at the age of 25, he was also made Professor of Arabic at the University of Bologna that same year. After losing his ost due to the political upheavals arising from Napoleon, he was reinstated as Professor of Oriental languages and of Greek in 1803.

In 1831, he was invited by Pope Gregory XVI to Rome to become a member of the Congregation for the Propagation of the Faith (Congregatio de Propaganda Fide), the Catholic Church's governing body for missionary activities. Gregory XVI had been Prefect of the Congregation before being made Pope and had always shown a close interest in its work after he became Pope.

In 1833, he became in effect the Librarian of the Vatican Library, and in 1838 was made cardinal under the titular see of St. Onofrio al Gianicolo and Director of Studies in the Congregation for the Propagation of the Faith.

It is believed that he spoke thirty-eight languages and fifty dialects fluently, while also having proficiency in many other languages with a lesser fluency.

His knowledge of languages was intuitive, rather than analytic. He had a prodigious memory.

Lord Byron met him. He described him as

"... a monster of languages, the Briareus of parts of speech, a walking polyglot, and more; -- who ought to have existed at the time of the Tower of Babel, as universal interpreter. He is, indeed, a marvel - unassuming also. I tried him in all the tongues in which I knew a single oath or adjuration to the gods, against post-boys, savages, Tartars, boatmen, sailors, pilots, gondoliers, muleteers, camel-drivers, vetturini, post-masters, post-houses, post, everything; and egad! he astounded me -- even to my English"

Despite his great knowledge and many gifts and many honours, he was a man of great humility and modesty. He went to prisons to act as translator to foreign prisoners and became their spiritual adviser. He was a Confessor for the many foreigners who came to visit Rome. He was of great assistance in the training of foreign missionaries.

Cardinal Wiseman knew him well. In his Recollections of the last four Popes and of Rome in their times (1858), Wiseman wrote:

"Among those whom Gregory deservedly called to the highest honours in Rome, was that amiable prodigy Cardinal Joseph Mezzofanti.

When, after the revolution, the city of Bologna sent a deputation to renew its fealty to the Pope, it wisely named as one to compose it, Professor Mezzofanti. The Pope, who had not known him before, and was charmed with him, gave him the rank of Prelate, and shortly after brought him to Rome, to reside there permanently.

He named him first Warden of the Vatican Library, that is in truth librarian, this title being then reserved to a Cardinal and in February, 1838, raised him to the Cardinalitial dignity.

The name of this eminent man is too well known throughout Europe, for it to require any eulogium here. ...

I can attest his perfect utterance and expression in the few languages with which I happen to be acquainted, and that I have heard natives of almost every country in Europe and Asia, not to mention California, who have borne witness in my presence to his perfection in accent and phrase, when speaking their various languages. The general observation used to be, that they would have easily taken him for a native each of his own country.

This magnificent gift of universal speech was not thrown away in any sense. It was habitually employed in good, in instructing and assisting spiritually many who, without him, might have remained ignorant or helpless. Though it was natural that he should be fond of conversing in his many languages, 1 should doubt if ever it was done from love of display; for he was humble and shrinking on every occasion. Indeed he knew his powers to be a gift rather than an acquisition.

His appearance certainly did not bear the seal of his high intellectual mark ; for his learning on all subjects was accurate, extensive, and solid. The countenance, which was the dial to the busy and complicated works above it, was not ample, or noble in its traits. His brow was a problem to phrenologists : though his eyes were heavily pressed outwards by what they may have considered lingual faculties.

One of this order once told him gravely that he had great facility in learning languages. " But then," Mezzofanti archly added in telling me this wise discovery, " he knew that I was already acquainted with fifty."

Most amiable too he was, simple and childlike, charitable to excess, and ready to help any one with head or hand. "

The biography is available online at the "How to Learn Any Language" website: http://how-to-learn-any-language.com/e/mezzofanti/biography/index.html.

In the biography is a recollection by the historian of the mathematical sciences in Italy, M. Libri of a meeting which he had with the then Father Mezzofanti at Bologna in 1830:

"Before leaving Florence, I had just read and carefully studied the treatise on Indefinite Algebra, composed several ages before by Brahmegupta, and which, translated and enriched with an admirable introduction by Colebroke, had been published in London, in 1817.

Being still filled with admiration for the labours of the ancient Hindoos on indeterminate analysis, I mentioned the book casually to Mezzofanti, and merely to show him that even a man almost exclusively devoted to the study of mathematics, might take a lively interest in the labours of the Orientalists. I had no intention of introducing a scientific conversation on this subject with the celebrated librarian ; and I must even add, that I thought him quite incapable of engaging in one.

How great then was my surprise, when I saw him immediately seize the opportunity, and speak to me during half an hour on the astronomy and mathematics of the Indian races, in a way which would have done honour to a man whose chief occupation had been tracing the history of the sciences.

Deeply astonished at so specific a knowledge, which had taken me quite unexpectedly, I eagerly sought explanation from him on points which had seemed to me the most difficult in the history of India; such, for instance, as the probable epoch when certain Indian astronomers had lived, before the Mahometan conquest, and how far those astronomers might have been able, directly or indirectly, to borrow from the Greeks.

On all those points Mezzofanti answered on the spot, with great modesty, and as a man who knows how to doubt; but-proving to me at the same time, that those were questions on which his mind had already paused, and which he had approached with all the necessary accomplishment of the accessory sciences. I cannot express how much that conversation interested me; and I did not delay to testify to Mezzofanti all the admiration which knowledge at once so varied and so profound, had excited in me.

No more was said of visiting the library, or of seeing books. I had before me a most extraordinary living book, and one well calculated to confound the imagination. Encouraged by his courtesy and modesty, I could not resist my desire of putting questions to him on the mode which he had employed in making himself master of so many languages,

He positively assured me, but without entering into any detail, that it was a thing less difficult than was generally thought; that there is in all languages a limited number of points to which it is necessary to pay particular attention; and that, when one is once master of those points, the remainder follows with great facility. He added, that, when one has learned ten or a dozen languages essentially different from one another, one may, with a little study and attention, learn any number of them. I strenuously urged him to publish his experience on the subject and on the result of his labours; but I observed in him a great aversion to the publication of his researches. He affirmed that the more we study, the more do we understand how difficult it is to avoid falling into errors; and, in speaking to me of several writings which he had composed, he told me that they were only essays which by no means deserved to see the light.

In the midst of the conversation, as I was still urging him, he rose and went to look in a box for a manuscript with colored designs, which he showed, me, and which had for its object the explanation of the Mexican hieroglyphics. Having begged him to publish at least that work, he told me that it was only an essay, still imperfect, and that his intention was to recast it completely."

"In truth Cardinal Mezzofanti possessed in an eminent degree the great safeguard of Christian humility —a habitual consciousness of what he was not, rather than a self-complacent recollection of what he was. He used to speak freely of his acquirement as one of little value, and one especially for which he himself had little merit—a mere physical endowment—a thing of instinct, and almost of routine. God, he said, had gifted him with a good memory and a quick ear. There lay the secret of his success—"What am I," he would pleasantly say, " but an ill-bound dictionary !",

" He used to disparage his gifts to me," says Cardinal Wiseman ; " and he once quoted a saying ascribed to Catherine de Medici, who when told that Scaliger knew twenty languages, observed, ' that is twenty words for one idea ! For my part I would rather have twenty ideas for one word !'

" On one occasion, after the publication of Cardinal Wiseman's Horae Syriacce, Mezzofanti said to him : " You have put your knowledge of languages to some purpose. When I go, I shall not leave a trace of what I know behind me !" And when his friend suggested that it was not yet too late, he '' shook his head and said it was"— which he also repeated to Guido Gorres, earnestly expressing his " regret that his youth had fallen upon a time when languages were not studied from that scientific point of view from which they are now regarded."

In a word, the habitual tendency of his mind in reference to himself, and to his own acquirements, was to depreciate them, and to dwell rather upon his own deficiency and short-comings, than upon his success."

Cardinal Nicholas Patrick Wiseman "Recollections of the last four popes and of Rome in their times" (1858)
http://www.archive.org/details/recollectionspop00wiseuoft