The first Christian Church building was the large "upper room" where Christ celebrated the Passover with his disciples. This was the time when the Sacraments of the Eucharist and Holy Orders were instituted.

In Acts 1:13-14, there is reference to the "upper room" where the Apostles met after the Resurrection and "were constantly devoting themselves to prayer".

In the very beginning, Christians worshipped along with Jews in synagogues and in private houses.

After the separation of Jews and Christians the latter continued to worship in people's houses. Some of these were at the top of several storey houses; others were covered courtyards.

The earliest identified Christian house-church is in Dura-Europos, a Hellenistic and Roman walled city built on an escarpment ninety meters above the banks of the Euphrates river. It is located near the village of Salhiyé, in today's Syria. The church dates back to at least AD 232.

It was dismantled and re-constructed in Yale in the early 1930s, so there isn't much to see at Dura-Europos but basic foundations.

A typical Roman upper-class house was centered around a columned courtyard with an open room (atrium).

In the center of the courtyard was a pool (impluvium)

At the opposite end from the entrance was a raised area (tablinum) containing a table and used by the family as a reception area and for ceremonial functions.

In the Dura Europos house-church, scholars speculate that the congregation gathered around the pool, which was used for baptism. In the tablinum sat the bishop, who celebrated the Eucharist (communion) at the table. This arrangement provides a basis for the liturgical arrangement of later basilica churches.

The mural of the Healing of the Paralytic contains the earliest image of Jesus found anywhere. 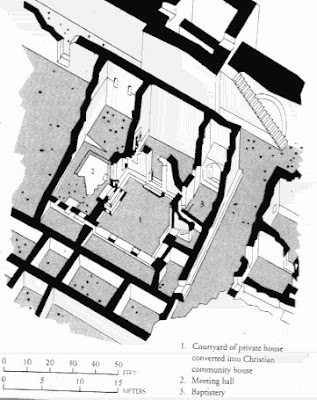 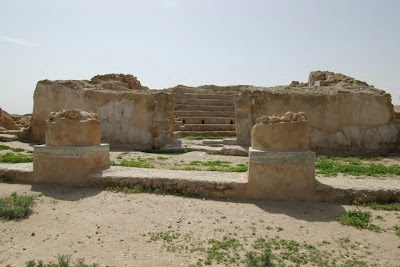 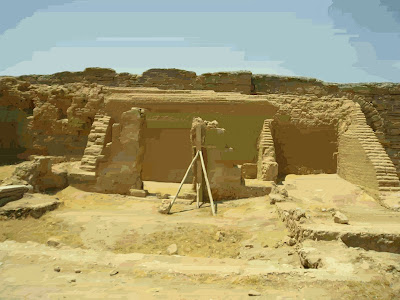 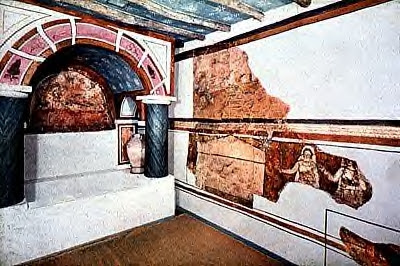 Reconstruction of the Christian House at Doura Europos at Yale University 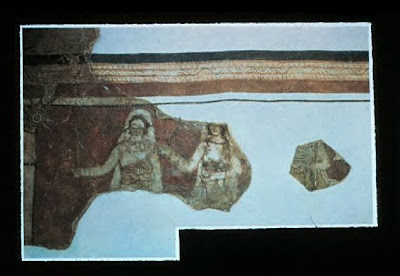 Fragment of the Women at the Tomb at Doura Europos 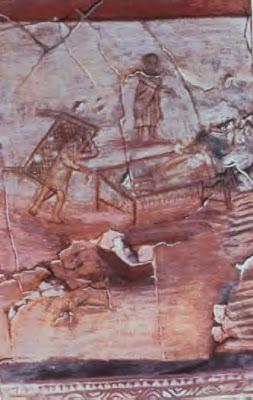 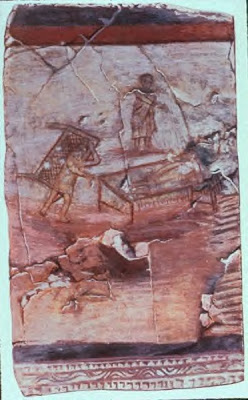 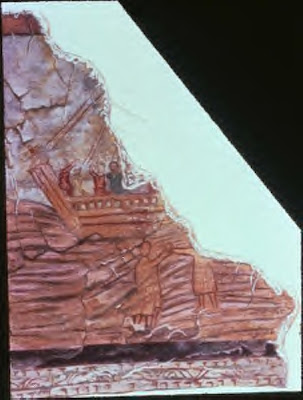 The Walking on the Water from Doura Europos

Images in the Church and Synagogue at Dura Europos
http://www.philthompson.net/pages/icons/duraeuropos.html