A Catechism in Images: A Very Special Edition of the “Compendium” 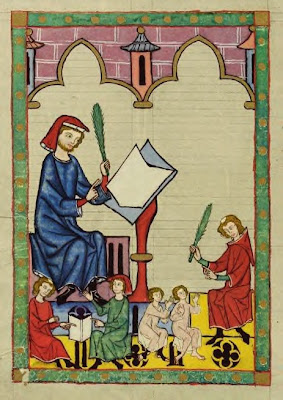 Sandro Magister reports on the publishing of a sumptuous new edition of the Compendium of the Catechism of the Catholic Church, printed by FMR, one of the world’s most illustrious art publishers.

The text of the Compendium of the Catechism is identical to the one issued by Benedict XVI on June 28, 2005. Even in the mainstream edition, released in multiple languages and millions of copies, the text is accompanied by images. These were selected by Joseph Ratzinger himself, who as a cardinal was the chief architect of both the Catechism and its Compendium.

The images are not accessories. They are an integral part of the Compendium. It is obligatory that they be reproduced in all its printings. And they must always be placed in the same position relative to the text. For example, the “Sermon on the Mount” by Fra Angelico must always appear beneath the title of the section dedicated to the ten commandments.

The difference between the mainstream edition and the one by FMR is the number of images. There are fourteen in the former case, and forty-nine in the latter.

As in the mainstream edition, the selection of images for the luxury edition was also made according to Benedict XVI’s guidelines.

But in concrete terms, they were selected and presented to the pope by Timothy Verdon, American by birth, an art historian and a priest in the diocese of Florence, director of the office for catechesis through art there and the author of important books on Christian art.

Full story: http://chiesa.espresso.repubblica.it/dettaglio.jsp?id=126261&eng=y
Posted by Unknown at 8:25 am

Email ThisBlogThis!Share to TwitterShare to FacebookShare to Pinterest
Labels: compendium to the catechism