Segno: Proud of its Native Son 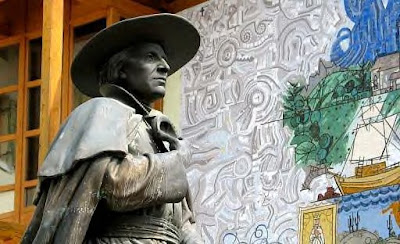 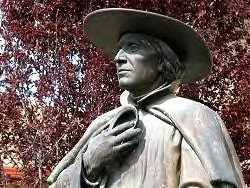 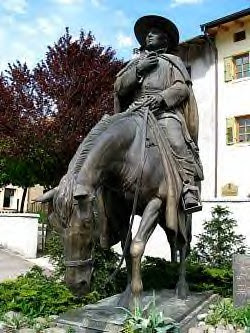 Known better in North America than in his native Europe, he has not been forgotten by his home village, whose inhabitants are rather proud of him and his achievements.

While not a candidate for beatification or canonisation, his life story is remarkable. It is a life story which perhaps should be better known as it illustrates how someone in the grip of faith can achieve great things even if at the time those achievements are not generally known or recognised.

For many years the site of his grave was forgotten and was only re-discovered in the 1960s.

Father Eusebio Francisco Kino S.J. (August 10, 1644–March 15, 1711) was a Catholic priest who became famous in what is now northwestern Mexico and the southwestern United States for the methods he used to Christianise the indigenous Native American population. He established over 20 missions and visitas ("country chapels").

He was born Eusebio Francesco Chini in Segno, near Taio, a village in the Val di Non, Trento, now in present-day Italy. The village of Segno has a museum dedicated to him and his story. There is also a rather large statue of him in the public square.

Originally he wanted to go to China. However his superiors gave him a choice: Spain or Mexico. He chose Mexico.

In addition to his pastoral activities as a missionary, Eusebio Kino also practiced multiple other crafts, and was an expert astronomer, mathematician and map-maker, who drew the first accurate maps of Pimería Alta, the Gulf of California and Baja California.

He built missions extending from the interior of Sonora 150 miles (240 km) northeast to San Xavier del Bac, still standing and functioning as a Catholic parish near Tucson. He constructed 19 rancheras, which supplied cattle to new settlements. He was also instrumental in the return of the Jesuits to California in 1697.

Eusebio Kino
http://en.wikipedia.org/wiki/Eusebio_Kino
Posted by Unknown at 7:58 am