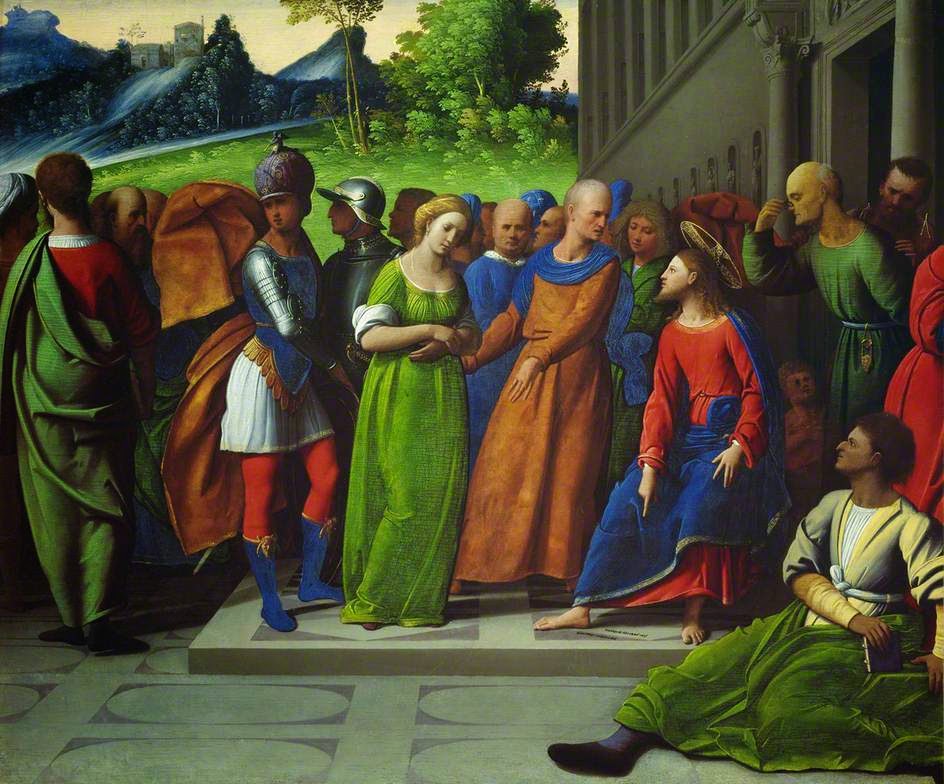 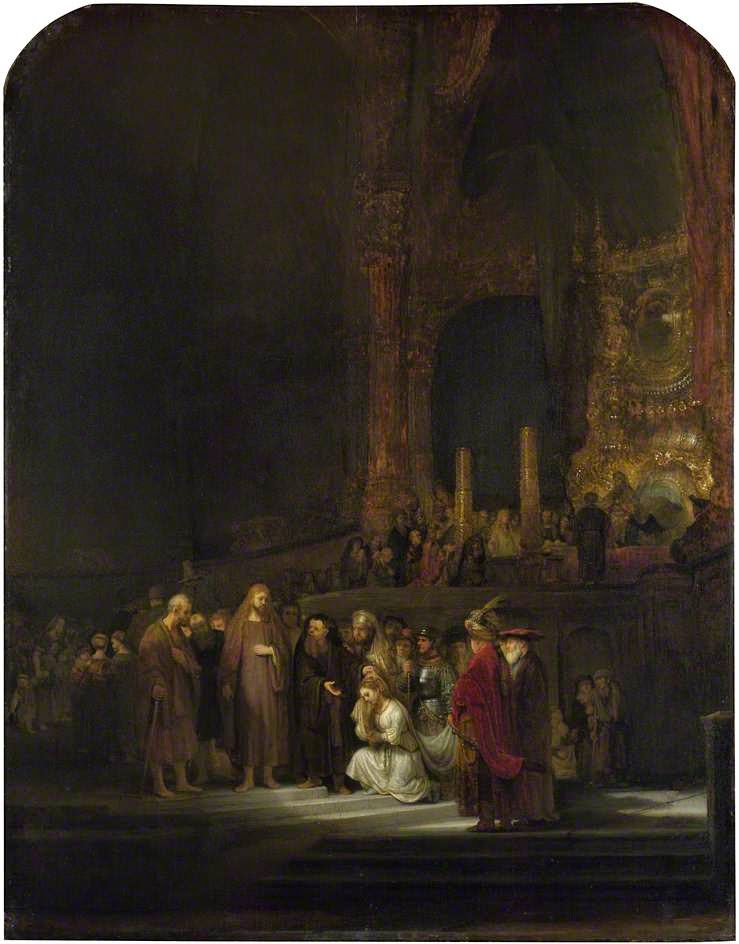 The event depicted is told in John 8

The Scribes and Pharisees, knowing that Jesus took pity on wrong-doers, tried to catch him condoning disobedience to the Law.

Christ replied, 'He that is without sin among you, let him first cast a stone at her'

He started to write in the dust. The crowd gradually dispersed

Only Jesus and the woman were left at the scene

"10 Then Jesus straightened up and said to her, “Woman, where are they? Has no one condemned you?”

Of this passage in Scripture, Pope Benedict XVI said:

"St John the Evangelist highlights one detail: while his accusers are insistently interrogating him, Jesus bends down and starts writing with his finger on the ground. St Augustine notes that this gesture portrays Christ as the divine legislator: in fact, God wrote the law with his finger on tablets of stone (cf. Commentary on John's Gospel, 33,5).

Thus Jesus is the Legislator, he is Justice in person.

And what is his sentence? "Let him who is without sin among you be the first to throw a stone at her". These words are full of the disarming power of truth that pulls down the wall of hypocrisy and opens consciences to a greater justice, that of love, in which consists the fulfilment of every precept (cf. Rom 13: 8-10).

This is the justice that also saved Saul of Tarsus, transforming him into St Paul (cf. Phil 3: 8-14)."

Posted by Unknown at 6:27 pm No comments:

Posted by Unknown at 8:18 pm No comments:

Mr Haines was an aid worker. He helped people who were the victims of violence and suffering.

May God grant him mercy and eternal rest

Eternal rest grant unto him O Lord
And let perpetual light shine upon him
May his soul and those of the faithful departed forever rest in peace
Posted by Unknown at 2:43 am 1 comment: