The Passion According to Matthew 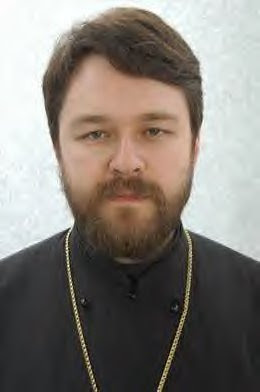 A concert to be held this month is intended by organisers as a means to promote Christian unity, especially between Orthodox and Catholics.

The musical composition, "The Passion According to Matthew," will be presented in Rome on March 29 in an auditorium next to the Vatican.

It was composed by Bishop Hilarion Alfeev of Vienna and Austria, representative of the Russian Orthodox Church of Moscow to the European Community.

In an interview with ZENIT Code: ZE07030521; Date: 2007-03-05 , the Lithuania-born Bishop Alfeev discusses his latest composition, the central role of music in the Orthodox liturgy, Christian unity, and some thoughts on Pope Benedict XVI.

"In my composition, the Orthodox understanding of the Passion story is reflected. It differs from the understanding that is characteristic of Western religious art, where accent is often laid on Christ's humanity rather than on his divinity.

Orthodox tradition avoids naturalism in depicting the Passions: On the Orthodox icon of crucifixion, Jesus is depicted dead, not in agony, and his death on the cross is contemplated not as a moment of horror, but as a moment of glory.

The same attitude is reflected in the Orthodox liturgical texts. Moreover, almost every time when these texts mention the Passion, they also mention the Resurrection.

"Q: If you meet the Pope, what will you say to him?

Bishop Alfeev: I would say to him that, in my view, the time has come for a much closer collaboration between the Catholic and the Orthodox Churches.

I do not believe that the restoration of full Eucharistic communion between East and West after almost a millennium of separation is something that is going to happen in the foreseeable future and I do not think that the theological problems that exist between us could be easily solved by the Joint Theological Commission.

But it seems to me that we should not wait until all the problems are solved and full harmony is achieved. It may never happen.

We must begin a much closer collaboration here and now, without any further delays. The challenges we are facing in Europe and elsewhere, such as relativism, militant secularism, radical Islam, are those we could and should address together.

I was deeply satisfied when I read Cardinal Ratzinger's speech during the conclave in which he declared war on relativism. I also noted that in his Regensburg lecture he went beyond the limits of political correctness because he felt that the issue he was addressing was important. The reaction that followed only confirmed that he had touched the heart of the matter.

Traditional Christianity nowadays needs to be defended from both the external challenges I mentioned, and the internal challenge of growing liberalization of doctrine and morality within some Protestant communities. I feel, and I often say openly that ecumenical relations with the Protestant world become ever more problematic and ever less hopeful.

The gap between traditional and liberal versions of Christianity is widening, and it is mostly Catholics and Orthodox -- including non-Chalcedonian Churches -- who stay on the traditional side, while many Protestant communities adopt liberal standards.

We, Catholics and Orthodox, are allies, not rivals. The sooner we come to understand it, the better.

Such understanding also implies that every form of proselytism should be excluded from our everyday missionary practice. We have a common mission, and we must work together in order to bring Christ to people.

Our task is not to convert the Orthodox to Catholicism, or Catholics to Orthodoxy, but to convert nonbelievers into faith, non-Christians into Christianity. "

The Role of Music

"Q: What role does music have in your personal prayer life?

Bishop Alfeev: Music plays a very important role in the Orthodox liturgy. As a bishop I celebrate liturgy every Sunday and on all feast days. The quality of the choir and the repertoire that it chooses is something of importance for me.

Being formed as a musician from my very early years, I cannot completely dissociate myself from music when it is sung in the church, and even as I am reading liturgical prayers, I continue to hear the singing.

Last summer I composed "The Divine Liturgy" and "The All-Night Vigil" for the choir a cappella. My main aim was to write such music that would not distract from prayer either for me or my parishioners.

Singing in the church should be oriented towards prayer and should not be turned into a concert, as often happens.

The best examples of a truly prayerful singing could be found in Russian Znamenny chant, an equivalent of the Western Gregorian chant. This unison chant is simple, but it is meaningful and moving"
Posted by Unknown at 10:46 am

Email ThisBlogThis!Share to TwitterShare to FacebookShare to Pinterest
Labels: The Passion According to Matthew; Hilarion Alfeev