Church and State in the United Kingdom 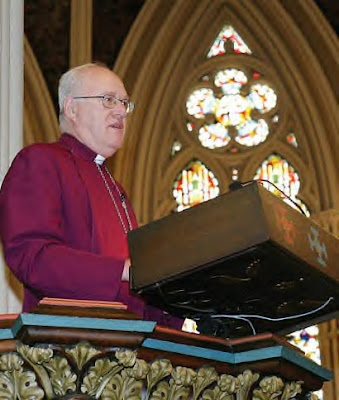 Lord Carey of Clifton was Archbishop of Canterbury 1991-2002

In The Times under the headline "How Mr Blair is prising apart Church and State" he has launched a critique on the policy of the present government towards Church-State relations in the United Kingdom.

"What, in fact, I am concerned about is the way that a liberal democracy is increasing becoming totalitarian. ...

Tony Blair, who used to promise a new era of cooperation between religious believers and the State, now seems prepared to squander that goodwill in pursuit of policies and regulations that must alienate many believers, and banish Roman Catholic adoption agencies. I don’t believe that the Prime Minister intends to damage the Church-State link but he is playing into the hands of intolerant secularists whose aim seems to be division, not unity."
Posted by Unknown at 7:54 am

Email ThisBlogThis!Share to TwitterShare to FacebookShare to Pinterest
Labels: Church and State in the United Kingdom; george carey