The Basilica of the Annunciation, Nazareth 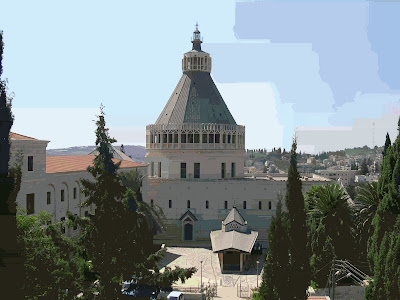 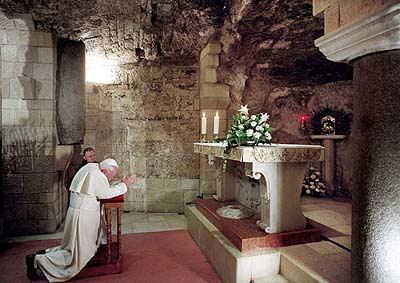 Pope John Paul II prays at a small altar at the Basilica of the Annunciation in Nazareth March 25, 2000 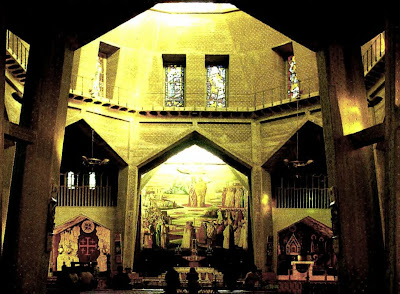 The Spanish pilgrim, the Lady Egeria, who visited Nazareth in 383, was shown a "big and very splendid cave in which Mary lived. An altar has been placed there." This was probably the larger of the caves enshrined in the grotto of the present Basilica of the Annunciation. By Roman Catholic tradition, it is the place where the angel Gabriel appeared to Mary.

A Roman Catholic clerical presence in Nazareth was not re-established until 1620 when the Druze emir Fakhr-a-Din permitted the Franciscan fathers to purchase the ruins of the Crusader cathedral and grotto.

In 1730, the Franciscans obtained a firman (decree) from the Ottoman sultan allowing them to build a new church on the site. This structure was enlarged in 1877, and then completely demolished in 1955 to allow construction of a new basilica.

The new basilica, the largest Christian sanctuary in the Middle East, was dedicated in 1964 by Pope Paul VI during his visit to the Holy Land, and consecrated on 23 March 1969.

Email ThisBlogThis!Share to TwitterShare to FacebookShare to Pinterest
Labels: Nazareth, The Basilica of the Annunciation