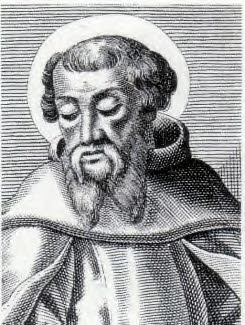 David Warner is now a senior fellow of the St. Paul Center for Biblical Theology in Steubenville, Ohio, and an adjunct professor for the University of Sacramento, California.

In an interview with Zenit :Code: ZE07032829; Date: 2007-03-28 David Warner, once an Evangelical Protestant minister, discusses how reading Church Fathers led to his return to the Catholic Church and offers some reflections on the Pope's teachings. He says that Benedict XVI's Wednesday-audience series on the Apostolic Fathers can give us hope for unity among Christians.

"The present Wednesday-audience series on the Fathers began on March 7, 2007. It is a continuation of the Pope's catechesis on the mystery of the Church that began a year ago in March 2006, with weekly meditations on each of the Twelve Apostles.

By October, he was ready to draw our attention to St. Paul and his collaborators: apostolic men like Timothy and Titus -- early bishops, and lay leaders in the Church like the married couple, Aquila and Priscilla.

Benedict XVI is trying to follow Our Lord's command to Peter to "feed my sheep." The food he has chosen to provide us during this series is the tremendous heritage of holy men and women who lived and died as witnesses to the Gospel of Jesus Christ and his Church during the first centuries of the Christian era.

From their witness, we can better understand the mystery of the Church as the "presence of Christ among men."

For Catholics, salvation history is the drama of God's unfolding plan for his people. This story can be read in the pages of sacred Scripture and Church history. Benedict XVI's reflections are designed to cause us to reconsider the essential nature and mission of the Church in the context of salvation history. "

The Pope`s talk on Saint Irenaeus of Lyons on Wednesday, 28 March 2007 can be read here

For the writings of Irenaeus of Lyons, see Early Christian Writings Irenaeus
Posted by Unknown at 6:28 am