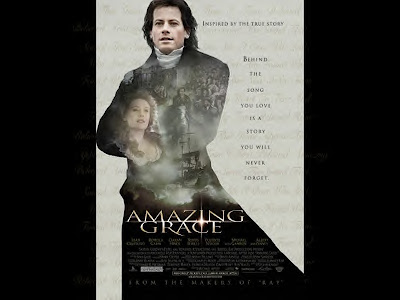 Kyrie Eleison kindly brought to my attention a new film on William Wilberforce: Amazing Grace. It will not be released in the United Kingdom until 23rd March 2007. The website of the film, Amazing Grace, is at http://www.amazinggracemovie.com

Professor James Basker is interviewed about William Wilberforce. The article is by Sherri Sheu.

James Basker, Professor of Literary History at Barnard College, is the president of the Gilder Lehrman Institute of American History, which recently began featuring an online exhibit, "Wilberforce, Lincoln, and the Abolition of Slavery." Professor Basker is the editor of Amazing Grace: An Anthology of Poems about Slavery 1660-1810 (2002), Early American Abolitionists: A Collection of Anti-Slavery Writings 1760-1820 (2005), and Slavery in the Founding Era: Literary Contexts (2005)`

The full interview is on the above link. However, interestingly, in response to the question:

"Americans are soon going to be hearing a lot about William Wilberforce after the movie Amazing Grace appears. I haven't seen it, but I take it you have. Is this Wilberforce as he really was?"

"Of course the film takes creative liberties -- Wilberforce was a tiny man with a crooked nose, for example, not the dashingly handsome movie star who plays him in the film. But overall the film captures the dramatic story, the psychological intensity, the political and economic tensions of the abolition campaign, and the heroic persistence, to the point of physical self-ruin, that Wilberforce brought to it."
Posted by Unknown at 6:20 pm