The Moral Maze on BBC Radio 4 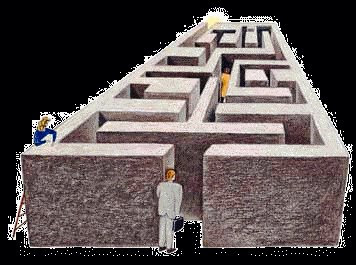 On The Moral Maze on BBC Radio 4, each week Moral Maze panelists interrogate several “witnesses” on a topic touching on religion and ethics.

The last topic was: Does religion have any legitimate place in our democratic life?

In BritainandAmerica.com Joseph Loconte, a senior fellow at the Ethics and Public Policy Center and a commentator on religion for National Public Radio reviewed it.

As Mr Laconte put it:

"The Moral Maze, in fact, typically offers something rarely heard on radio or television: a real diversity of viewpoints, argued intelligently and engagingly, and informed by a keen desire to understand the human condition....

[L]ast week’s exchange [was] so disheartening...

Mr. Portillo offered a shadowy preview of what Europe might look like if this tortured mode of thought were left unchallenged: a Europe that regards religion with political suspicion and cultural contempt. It is a scenario that would have terrified one of Europe’s greatest political philosophers, John Locke. “The taking away of God, though but even in thought, dissolves all.”

Nevertheless, Mr. Portillo sneered at the notion, suggested by philosopher Roger Trigg, that Christianity has supplied the crucial inspiration for democracy, human rights, and the rule of law. “Now that Britain has become a very secular society,” he boasted, “we have more widespread justice, we have no death penalty, so the facts of history seem to be against you.” That would be like Charles Lindbergh crediting his transatlantic flight to his arms flapping in the wind. The massive historical record—that religious ideals underwrote our scientific and democratic revolutions—never seems to disturb the rhythm of this secular cant.

Mr. Trigg, a Socrates in comparison, was finally asked if he feared the onset of a naked public square—a public realm devoid of religious influence. How would such an ideology be enforced by the state? “I don’t think in the end you can,” he said, “if you believe in freedom.”

No, not if you happen to believe in freedom."
Posted by Unknown at 7:41 pm