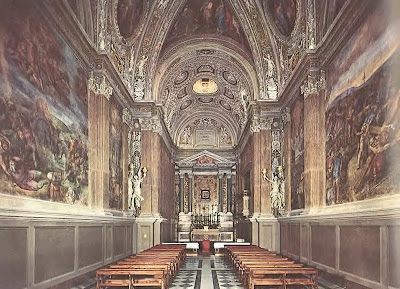 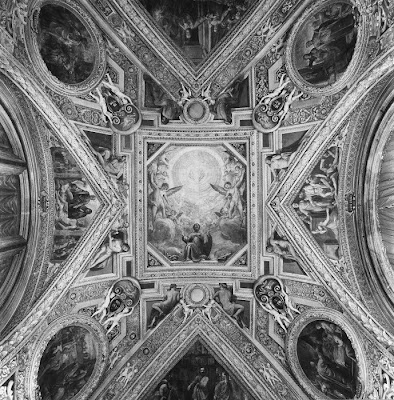 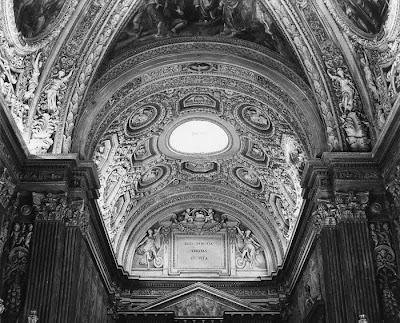 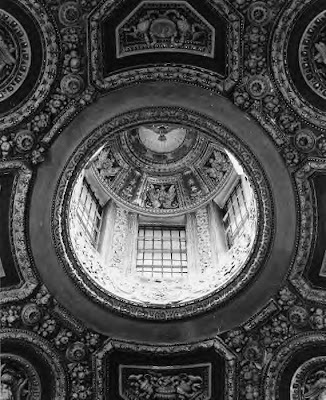 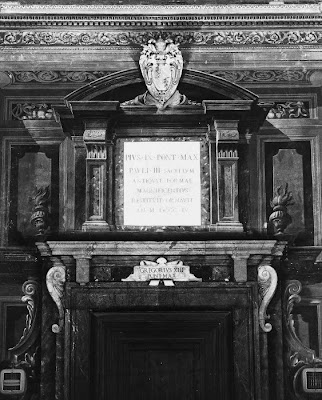 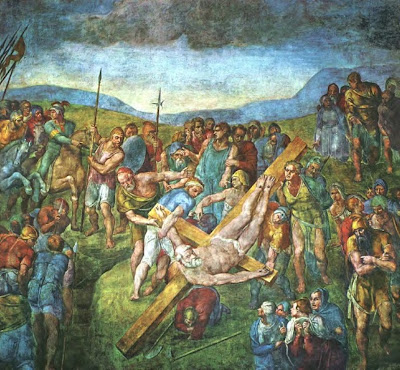 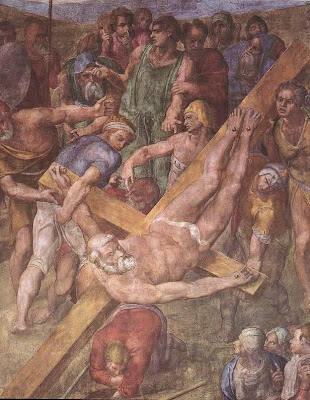 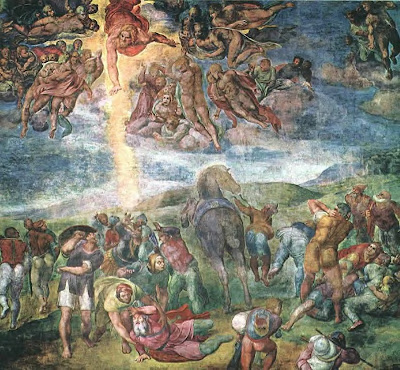 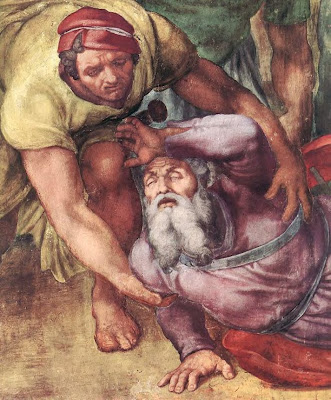 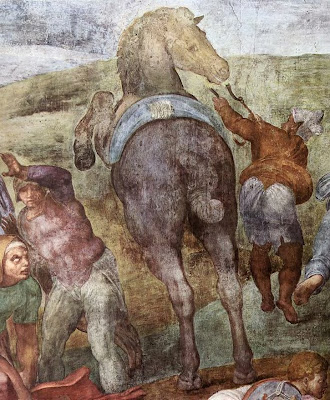 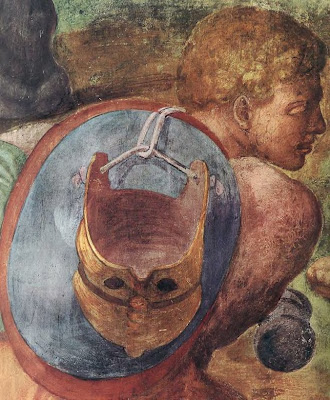 Not as well known as the "just long the corridor" chapel, the Sistine Chapel.

Pope Paul III commissioned the Architect, Antonio da Sangallo the Younger, to design and construct the chapel which was to be the Pope`s private chapel. This was done between 1537 and 1540.

In 1541 Michelangelo was asked to decorate the central parts of the two longer walls with two frescoes.

The first, The Conversion of Saint Paul, was begun in 1542; the second, the Martyrdom of St Peter, was painted between 1546 and 1550. These were Michelangelo`s last two paintings.

At the time, paintings of these themes had never been placed in proximity.

The Conversion of Saul (St Paul) is the best-known and most widely represented of the Pauline themes (Acts 9:1-9). According to a tradition, connected with the medieval Custom of representing pride as a falling horseman, Paul made the journey on horseback.

A focal line traverses the the painting, its progression at once reveals the meaning of the composition. Starting at the top left it flows diagonally, along the figure of Christ descending and a beam of light. It follows a figure with raised fingers and another, bent over the fallen Saul, and circumscribes the ellipse of this body. From his right leg it curves back and upward in the direction of a horse galloping in the background, and loses itself in the undulating contours of the mountains with a vision of the heavenly Jerusalem faintly outlined in their folds, or Damascus.

Michelangelo has given his own face to the character of Saul.

In The Martyrdom of St Peter, everything is centred in the fearful event: in triumph over pain and suffering. Solace comes from the spectacle of fortitude, confidence and will-power; the intrepid character of Saint Peter.

Both frescoes have suffered grievously from fire and over-restoration, with the result that the outlines are now harsh and the colours somewhat brash.

Vasari relates that in relation to these paintings, Michelangelo was in his seventies when he painted these frescoes.


"These were the last pictures he painted, at the age of seventy-five, and with great fatigue, as he told me; for painting, and especially working in fresco, is not an art for old men. "