The Portico of the Cathedral of St-Trophime, Arles 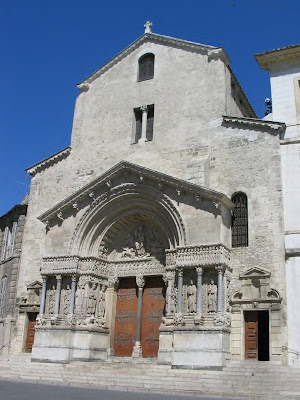 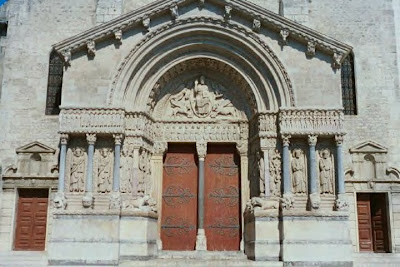 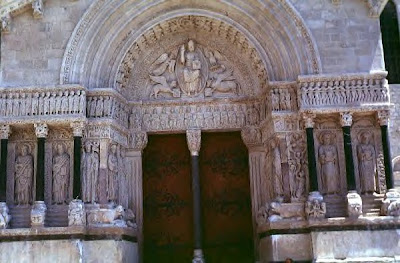 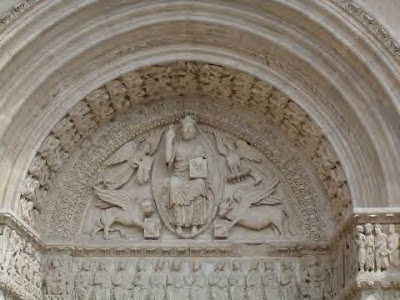 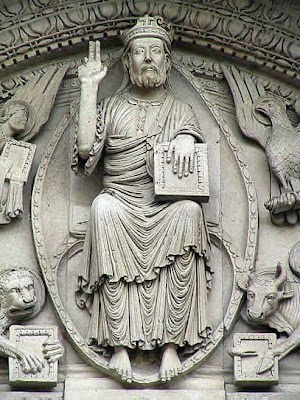 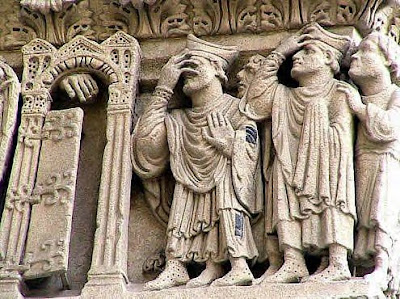 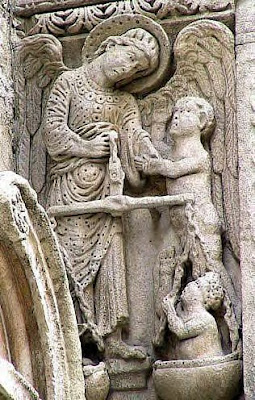 The Weighing of the Souls by the Archangel Michael 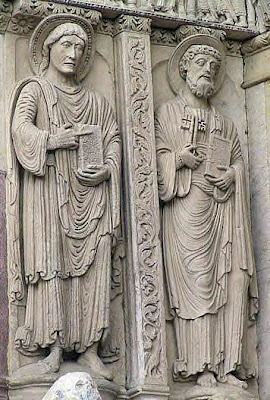 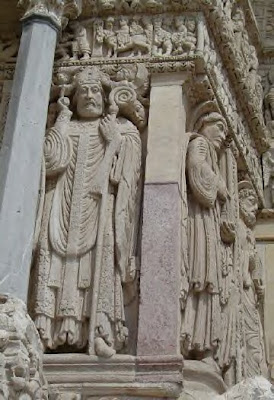 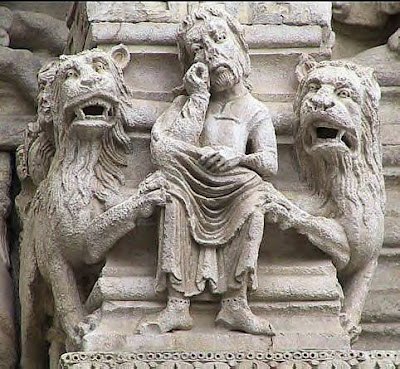 St Daniel and the Lions 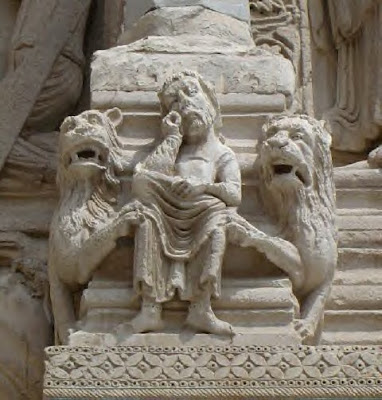 St Daniel and the Lions 2 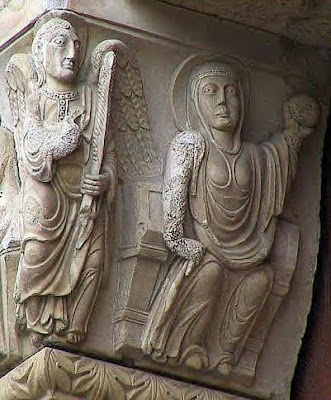 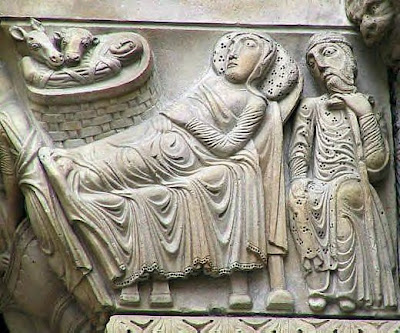 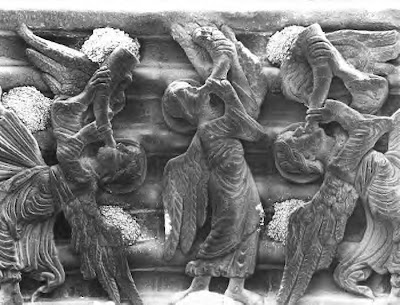 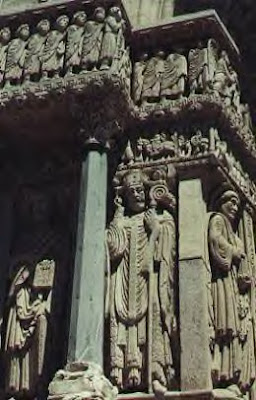 St-Trophime was constructed in the 11th and 12th centuries on the site of an 8th-century church dedicated to Saint Stephen.

St. Stephen was the first Christian martyr. St. Trophime was an early bishop of Arles.

The Church was celebrated. It was on the route to the Shrine of St James at Compostela. Frederick Barbarossa was crowned King in the church in 1178.

The Church of Saint Trophime is characteristic of Provençal Romanesque architecture. On the east side of the square, St-Trophime's very well preserved 12th-century portal is widely acclaimed as one of the finest achievements of the southern Romanesque style.

The magnificent portal was restored between 1988 and 1995 with the help of public funds and a large donation from the World Monuments Fund in New York.

Its exceptional portal portrays the theme of Judgment Day, heaven and hell, under the benediction of Christ.

The composition of the portal borrows many elements from Roman architecture. The gable is decorated with a triumphal arch. The patron saints of the Arles church, Saint Trophime and Saint Stephen, are represented in prominent positions in front of the main door.

In the typanum above the lintel, Christis in his Majesty surrounded by symbols of the four Evangelists. The symbols are the Lion (St Mark); the Angel (St Matthew); the Ox (St Luke); and the Eagle (St John). (1)

The throne of the Lord is supported by the four creatures, illustrating the Primacy of the Gospels.

On the lintel below are 12 seated figures: the Apostles.

On either side of Christ are the Damned and the Blessed. The Damned are shown naked and shackled in the chains of their sins.

Below the main lintel are figures of saints, reminding people of the powerful intercession of the Saints.

The teachings of the Church are expressed more powerfully than a Sermon. But their effect on the believers would have been more than if presented and pointed out by a tour guide.

Emile Male famously described medieval iconography as a kind of script, a calculus and a symbolic code, composed and read according to certain and defined and established grammatical, mathematical and semiotic rules which are not "precisely laid out", but which are learned by practice and habituated by liturgical performance. (2)

Accrodingly there is a limited amount which one can learn from a guided tour of a Cathedral. The "code" is only partially understood and appreciated by the expert in semiotics as in The Name of the Rose (or hushed be it said, The Da Vinci Code). It is only by participating in the liturgical rites can one fully appreciate and comprehend the full meaning of the particular icons and symbols.

"4As I looked, behold, a storm wind was coming from the north, a great cloud with fire flashing forth continually and a bright light around it, and in its midst something like glowing metal in the midst of the fire.

5Within it there were figures resembling four living beings And this was their appearance: they had human form.

6Each of them had four faces and four wings.

7Their legs were straight and their feet were like a calf's hoof, and they gleamed like burnished bronze.

8Under their wings on their four sides were human hands. As for the faces and wings of the four of them,

9their wings touched one another; their faces did not turn when they moved, each went straight forward.

11Such were their faces. Their wings were spread out above; each had two touching another being, and two covering their bodies.

12And each went straight forward; wherever the spirit was about to go, they would go, without turning as they went. "