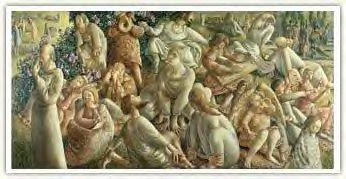 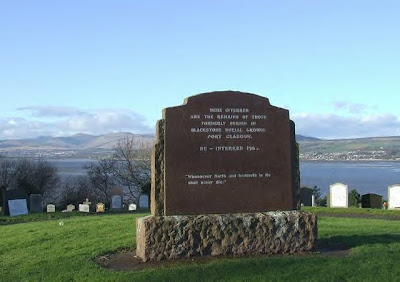 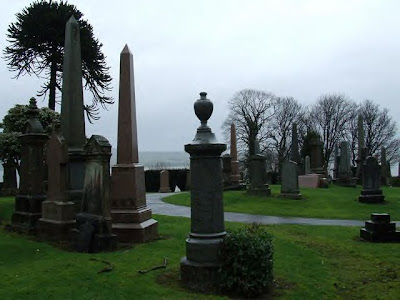 Sir Stanley Spencer (30 June 1891 – 14 December 1959) was a devout Christian and believed God resided in all things and the miraculous could be found in everyday events.

In his paintings, Cookham – the small town on the Thames where he lived – becomes the setting for scenes from the life of Christ and other Christian narratives.

In the Second World War, he was appointed an official war artist in 1940. He was funded by the War Artists Advisory Committee to come to Port Glasgow. Port Glasgow is on the River Clyde, about 20 miles from the city of Glasgow.

It was a centre of shipbuilding and was especially important inthe Second World War. In the War, the town suffered greatly as a result of the German Blitz.There were many civilian casualties.

He came up with a series of powerful paintings of men working in the local shipyards.

He was attracted by the cemetery of Port Glasgow. He planned a vast shaped canvas fifty feet wide which would portray the Last Judgement and Resurrection taking place in this cemetery. One of the paintings shows the residents of Port Glasgow climbing out of their graves and greeting one another, as well as raising their hands in ecstatic gratitude.

In a notebook Spencer recorded that due to a jazz band playing dowstairs in the house where he was living, he went for a walk 'up along the road past the gasworks to where I saw a cemetery on a gently rising slope . I seemed then to see that all in the plain were resurrecting and moving towards it . I knew then that the resurrection would be directed from this hill'.

Spencer was struck by the hill on which Port Glasgow cemetery is built, which reminded him of an upturned saucer.

This, in turn, suggested a phrase of John Donne's in which the resurrection is compared to "a king … climbing of the hill of Sion." With this in mind, Spencer proposed a fifty feet wide composition of the resurrection in Port Glasgow cemetery, in which Christ would be shown sitting in judgement, surrounded by angels, with the resurrected below.

In the event, the plan was abandoned in favour of a series of smaller, independent canvases. Resurrection – Hill of Zion shows Christ seated on a low hill, amidst the angels and prophets, whilst the newly risen people can be seen in the background.

Men of the Clyde
http://www.culturewars.org.uk/2000-08/art/spencer.htm

THE ART and VISION of STANLEY SPENCER
http://www.stanleyspencer.co.uk/