Treatise on the Vices

In the late fourteenth century, Cocharelli (--), of Genova, grandson of Pelegrino Cocharelli wrote The Treatise of Vices. The book written in Latin was produced in Genova at that time. It was a prose treatise on the vices composed between 1314 and 1324 by a member of the Cocharelli family of Genova. The illustrator was Cibo, monk of Hyères. The manuscript is in The British Library, London 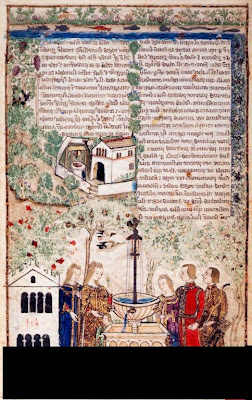 Historiated border with a water garden, and nobles at a fountain 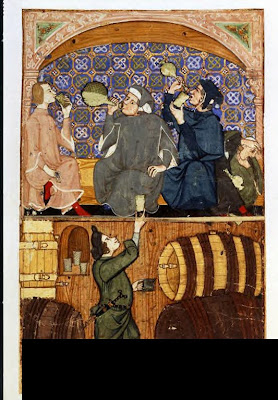 Tavern scene with men drinking; a cellarer below. 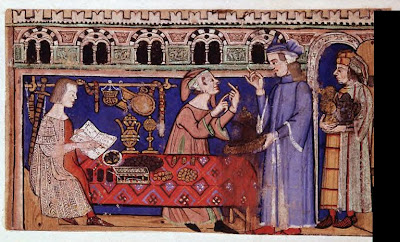 Scene in a counting house; a nobleman and helper doing business with the owner; a secretary writes accounts. 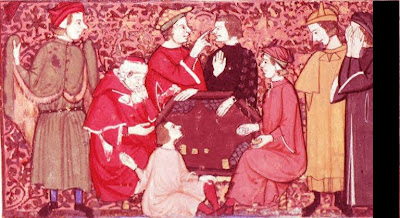 Gamblers round a table 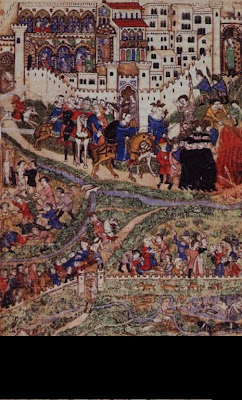 The destruction of the Templars, and the death of King Philip IV of France. 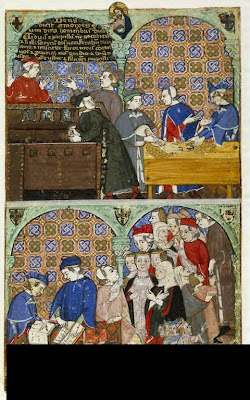 Two scenes in a counting house; taking money from a chest and payment of wages.