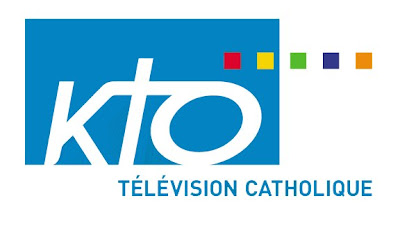 KTO-TV is a Catholic TV station in France. It was set up by the Archdiocese of Paris. It started in December 1999 and deals with spirituality, faith, documentaries, education, liturgy, prayer and culture.

I just came across it recently and was surprised at the slickness and professionalism of the station.

On its website, it has a large number of free video downloads which may be of interest even for non-French speakers. The videos are old programmes broadcast by the station.

It is a site worth exploring.

Amongst the videos are:

Four Concerts by Choirs in Notre Dame, Paris. Again, various choirs, including Haitian, and one from Cameroon. Worth a glance to see Notre Dame again especially the Chapel of St Georges.

Documentary: Life of John Paul II (ten parts) Quite a lot of footage which I had not seen before on British TV. Includes one entitled In the Heart of the Vatican, showing various scenes in the Vatican not usually seen by us tourists. It`s called Jean-Paul II : Au coeur du Vatican
Posted by Unknown at 2:23 pm