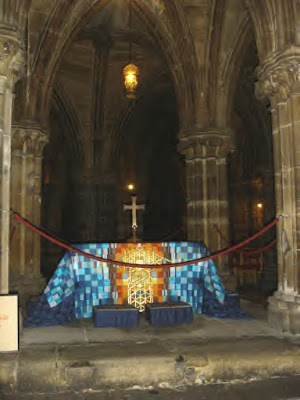 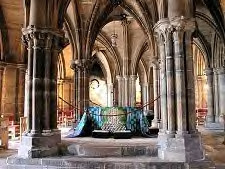 Two images above: Tomb of St Kentigern [St Mungo] in The Cathedral of Glasgow 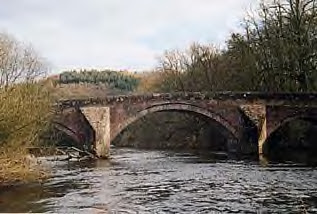 Hoddom, near Lockerbie, Dumfriesshire: 300 metres from site of monastery of St Kentigern 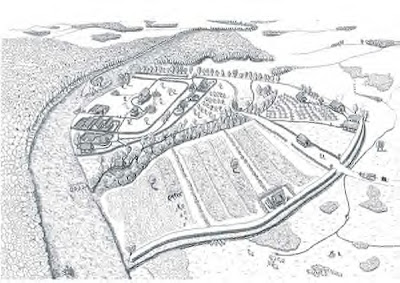 Reconstruction of Monastery at Hoddom


Died c. 603-612; Farmer lists feast day as January 13. Most of what we know about Saint Kentigern mixes fact and fiction, because the only sources date from the 11th and 12th centuries. Many of the folkloric elements predate the written documents.

Kentigern is said to have been a native of Lothian, the son of Saint Thenaw (Thaney, Thenog, Theneva), a British princess. He was born at Culross.

He became a hermit at Glasghu (Glasgow) and was so renowned for his holiness that he was consecrated bishop of Strathclyde about 540 by an Irish bishop. There is reason to believe that he actually began his missionary efforts at Cathures on the Clyde, thus founding the church at Glasgow, and continued his missionary activities in Cumbria generally. He was, indeed, the first bishop of Strathclyde. During his bishopric, he revived the cultus of Saint Ninian and restored his church in Glasgow.

It is further related that political disorder drove him into exile in Carlisle and then into Wales, where he is said to have stayed with Saint David at Menevia. In the north again he is said to have lived at Hoddam, near Lockerbie (Dumfries) and Glasgow, where the saint died while taking a bath (!). He was buried in Glasgow cathedral.

The ring and fish displayed on the heraldic arms of the city of Glasgow refer to a legend about Saint Kentigern, in which he miraculously saves an unfaithful wife from the anger of her royal husband. The queen had given her husband's ring to her lover. The king discovered it, threw it into the sea and told his wife she must find it again in three days. Kentigern told her not to worry: One of his monks had extracted the ring from a salmon he caught.

As a saint, he is venerated by the Church of Scotland, the Scottish Episcopalian Church, the Anglican Church, the Church in Wales, the Roman Catholic Church, the Eastern Orthodox Churches, and other denominations. Quite a feat for one man.

There are far more detailed studies on the life of St Kentigern on the net.
Translations of The Life of Kentigern by Jocelyn, a monk of Furness are available at Gypsyfire and
Internet Medieval Sourcebook at Fordham University, New York

A very detailed and learned thesis is presented at Cynthia Whidden Green: Saint Kentigern, Apostle to Strathclyde: A critical analysis of a northern saint

The site at Hoddom and the Archaelogical digs at it are at Churchyard of St Kentigern ,
Reconstruction of Hoddom, (Dumfries & Galloway) and Annan on Line

Other sites of interest in relation to St Kentigern:
Celtic Era Saints Especially good on the churches of St Kentigern in the North east of Scotland
Images of Cumbria
A surprising number of Churches in Cumbria dedicated to St Kentigern/St Mungo and other Celtic saints
Undiscovered Scotland on Glasgow Cathedral
Glasgow Cathedral Official website
'XXVII: Foundation of Chaplaincy at the altar of St Kentigern (1460)', Charters and Documents relating to the City of Glasgow 1175-1649: Part 2 (1894), pp. 45-52