Dickens: The Journey from Genova to La Spezia 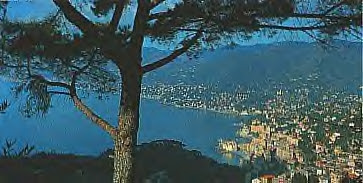 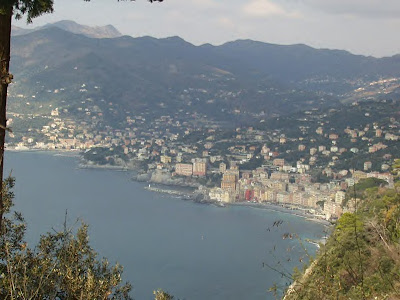 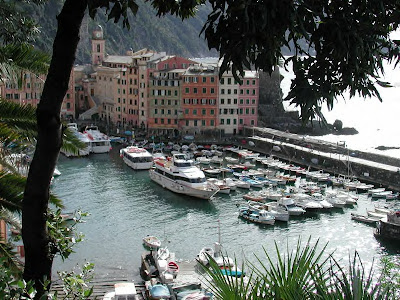 In Chapter 9 of his book, Pictures from Italy, Dickens describes the journey from Genova to La Spezia in the 1840s thus:

"There is nothing in Italy, more beautiful to me, than the coast-road between Genoa and Spezzia.

On one side: sometimes far below, sometimes nearly on a level with the road, and often skirted by broken rocks of many shapes: there is the free blue sea, with here and there a picturesque felucca gliding slowly on; on the other side are lofty hills, ravines besprinkled with white cottages, patches of dark olive woods, country churches with their light open towers, and country houses gaily painted.

On every bank and knoll by the wayside, the wild cactus and aloe flourish in exuberant profusion; and the gardens of the bright villages along the road, are seen, all blushing in the summer-time with clusters of the Belladonna, and are fragrant in the autumn and winter with golden oranges and lemons.

Some of the villages are inhabited, almost exclusively, by fishermen; and it is pleasant to see their great boats hauled up on the beach, making little patches of shade, where they lie asleep, or where the women and children sit romping and looking out to sea, while they mend their nets upon the shore.

There is one town, Camoglia, with its little harbour on the sea, hundreds of feet below the road; where families of mariners live, who, time out of mind, have owned coasting-vessels in that place, and have traded to Spain and elsewhere. Seen from the road above, it is like a tiny model on the margin of the dimpled water, shining in the sun. Descended into, by the winding mule-tracks, it is a perfect miniature of a primitive seafaring town; the saltest, roughest, most piratical little place that ever was seen.

Great rusty iron rings and mooring-chains, capstans, and fragments of old masts and spars, choke up the way; hardy rough-weather boats, and seamen’s clothing, flutter in the little harbour or are drawn out on the sunny stones to dry; on the parapet of the rude pier, a few amphibious-looking fellows lie asleep, with their legs dangling over the wall, as though earth or water were all one to them, and if they slipped in, they would float away, dozing comfortably among the fishes; the church is bright with trophies of the sea, and votive offerings, in commemoration of escape from storm and shipwreck.

The dwellings not immediately abutting on the harbour are approached by blind low archways, and by crooked steps, as if in darkness and in difficulty of access they should be like holds of ships, or inconvenient cabins under water; and everywhere, there is a smell of fish, and sea-weed, and old rope.

The coast-road whence Camoglia is descried so far below, is famous, in the warm season, especially in some parts near Genoa, for fire-flies. Walking there on a dark night, I have seen it made one sparkling firmament by these beautiful insects: so that the distant stars were pale against the flash and glitter that spangled every olive wood and hill-side, and pervaded the whole air.

It was not in such a season, however, that we traversed this road on our way to Rome.

The middle of January was only just past, and it was very gloomy and dark weather; very wet besides.

In crossing the fine pass of Bracco, we encountered such a storm of mist and rain, that we travelled in a cloud the whole way. There might have been no Mediterranean in the world, for anything that we saw of it there, except when a sudden gust of wind, clearing the mist before it, for a moment, showed the agitated sea at a great depth below, lashing the distant rocks, and spouting up its foam furiously. The rain was incessant; every brook and torrent was greatly swollen; and such a deafening leaping, and roaring, and thundering of water, I never heard the like of in my life."