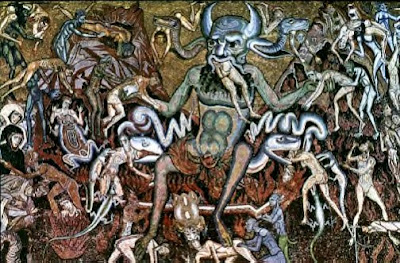 Descent into Hell
By
Rosemary Behan

"Is there anything more dispiriting than the post-Christmas rush to the sales? It surely shows Britain at its ugly, undignified worst.

At Brent Cross shopping centre on Wednesday, scuffles broke out as 5,000 people converged on Next. A female shopper, who appeared every bit your average woman on the high street, apparently thought nothing of spending some £2,000 on a selection of “cut-price” designer handbags. Another lady boasted at having acquired 17 pairs of shoes. What is wrong with these people? Is their existence so meaningless, their sex life so bad?"

Full story here
Posted by Unknown at 2:37 am