Scrooge 'was a victim of brain disease' 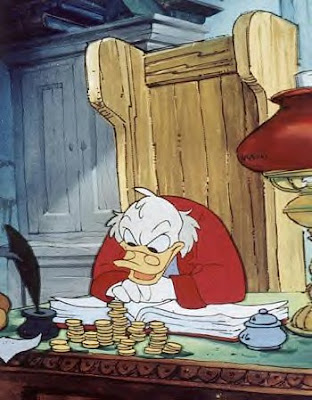 IT WAS the night before Christmas and Ebenezer Scrooge was facing a succession of supernatural terrors; or, as the latest medical thinking would have it, he was succumbing to a brain disease so obscure that doctors would not give it a name for another 150 years.

A pair of medico-literary sleuths claimed last week to have tracked down the illness that haunted Scrooge. They concluded that Charles Dickens brilliantly observed the symptoms in A Christmas Carol.

Robert Chance Algar, a Californian neurologist, and his aunt Lisa Saunders, a medical writer and physician, believe that the affliction that made Scrooge a byword for miserliness and redemption was Lewy body dementia (LBD), a disease so complex that doctors did not include it in the medical lexicon until 1996.

Full story on Scrooge here
Posted by Unknown at 4:17 am