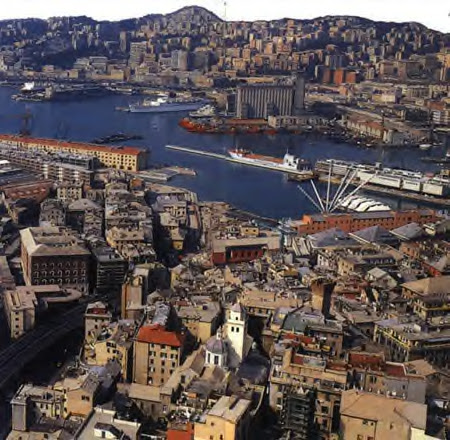 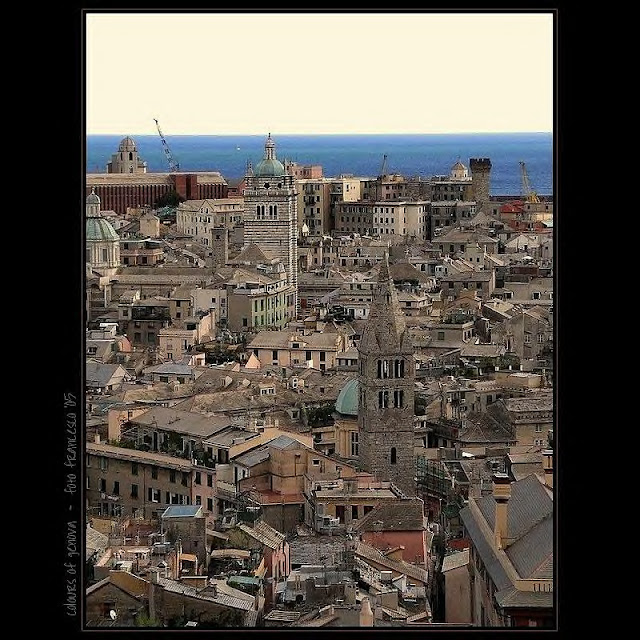 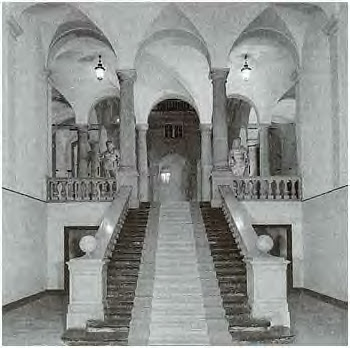 Inside the White Palace (Palazzo Bianco) 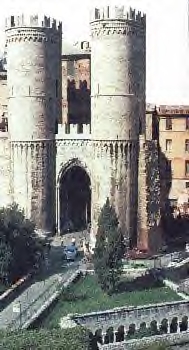 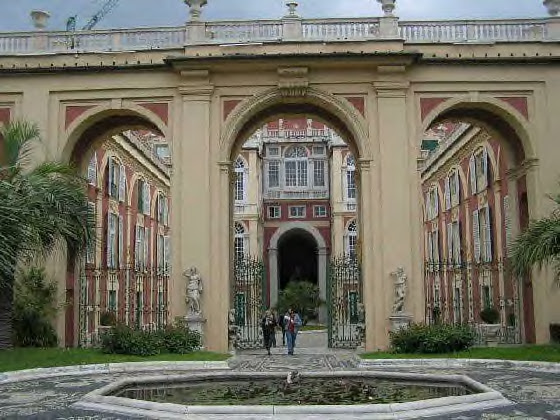 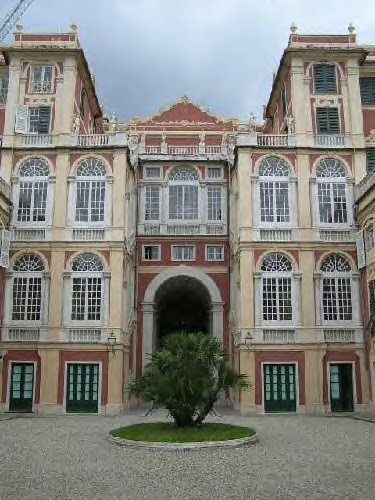 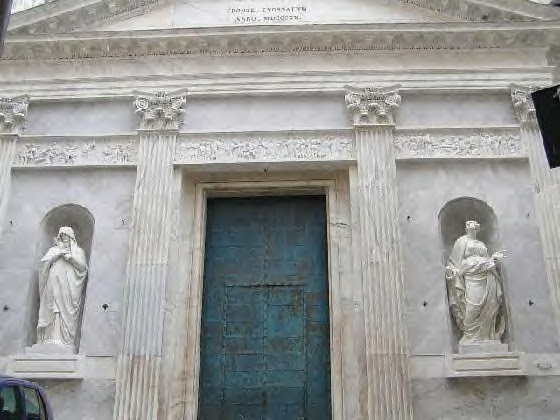 Church of S Siro: The present church of San Siro was erected during the 4th century where an ancient graveyard once stood and was dedicated to the twelve Apostles. The temple was named after San Siro, once Bishop of Genoa, only at the end of the 6th century. The church was turned into an Abbey in 1006 and given to Benedictine Monks who were ordered by the bishop to rebuild it in a Romanesque style. It became the Bishop's seat, which depended upon Milan till 1133, when Pope Innocent II founded the archdiocese of Genoa. The holy building was burned in the 15th century, during the civil unrests and in 1575 it was given to the Teatini Fathers who stayed in it till Napoleon's elimination of the first monasteries in 1798. The present aspect of the church is the product of the reconstruction which took place in the 17th century and some in the 19th century. 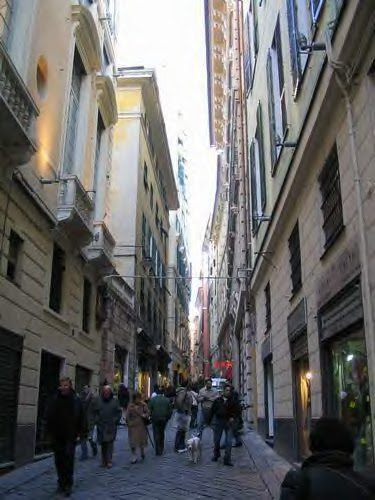 Via del Campo, a completely restored, wonderful narrow cobblestone street . The most famous landmark of this street is the old medieval Porta dei Vacca, which was the western gate to the town, built in mid 12th century and still perfectly conserved. 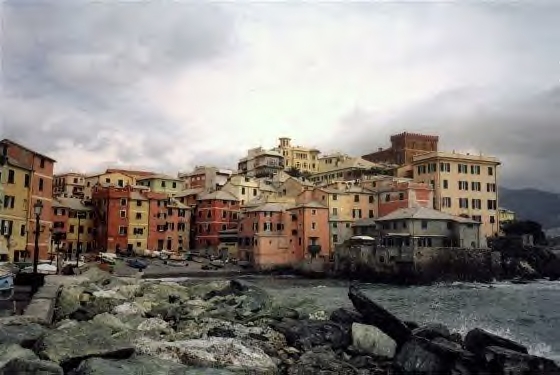 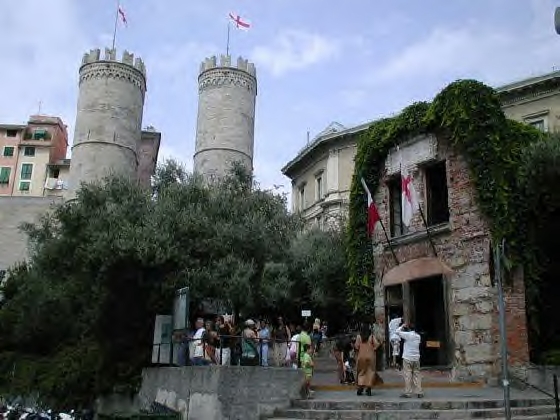 Soprana Gate and Columbus House
Soprana Gate is one of the most important monument of medieval military architecture and is the only remaining feature with Porta dei Vacca of the circle of walls erected in 1100’s to deter emperor Federico Barbarossa from attacking Genova. At the front of the Gate lies the Christopher Columbus' house bordering the Romanesque Cloister of St. Andrea. 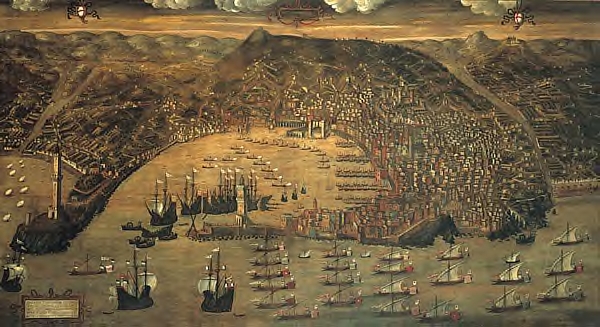 The picture by Grasso, painted at the end of the sixteenth century, reproduces the official image of the city, produced in 1481 and today lost. 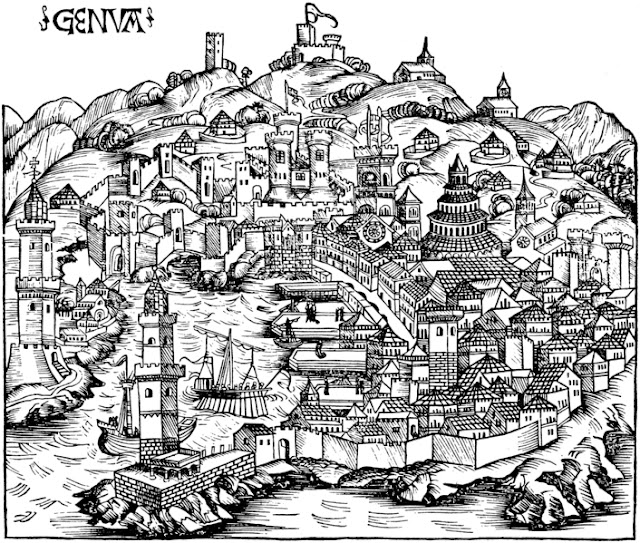 Woodcut from Hartmann Schedel’s Weltchronik (Nürnberg 1493), fol. lviii verso. This is one of the famous realistic town views from Schedel’s work