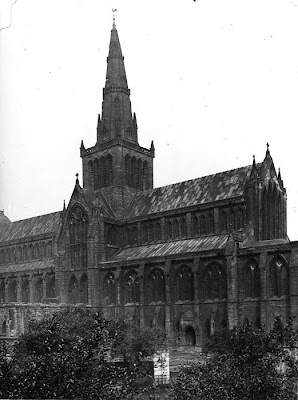 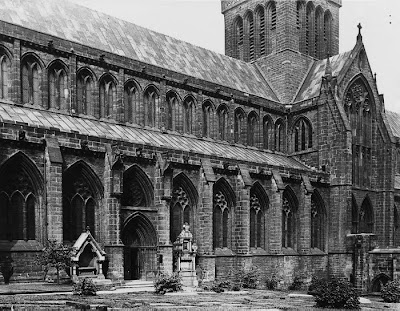 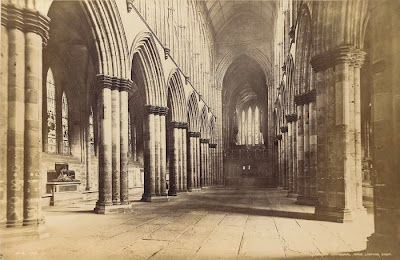 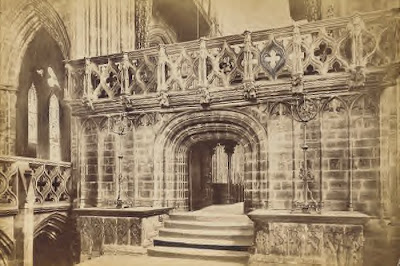 
Glasgow Cathedral is built on the site where St Kentigern, or Mungo, the first bishop within the ancient British kingdom of Strathclyde, was thought to have been buried in AD 612.

The present cathedral was built during the 13th to 15th centuries and is the only medieval cathedral on the Scottish mainland to have survived the 1560 Reformation virtually complete.

Blacader Aisle: This aisle, probably intended as an undercroft for a chapel above, is said to occupy the site of the cemetary consecrated at the beginning of the 5th century by St. Ninian.

It now stands as it was built during the primacy of Archbishop Blacader. The ceiling displays a number of carved bosses of late medieval character

The Society of Friends of Glasgow Cathedral
http://www.glasgow-cathedral.com/

Birth of a City - St Mungo: before and after
http://www.glasgow.gov.uk/en/AboutGlasgow/History/Earliest+Beginnings.htm