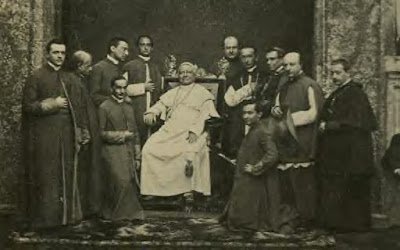 Dominicanus has a strange story entitled What did Pius IX smell like?

Apparently, a 69-year-old doctor says he has re-created the custom cologne worn in the 19th century by Pope Pius IX. The doctor found the purported recipe about seven years ago in a limited-edition 1963 cookbook published in the United States. The cookbook says the recipe is believed to have been passed down by the family of a French general who was in Pius' papal guard.

What did Pius IX smell like ? You`ll have to see Dominicanus

Hat tip to Overheard in the Sacristy
Posted by Unknown at 2:55 pm