Holland: The Decline of Secularism ? 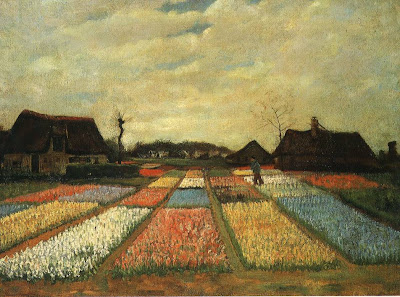 There are welcome signs that in Holland, the trend towards a strictly secular society has stopped. There are signs that there is a remarkable shift towards Christian religiosity.

"When the "corporate prayer" movement first started in 1996, few people in Holland took any notice. Why should they have done so? After all, Holland's manifest destiny was to become a fully secularized country, in which prayer was considered at best an irrational but harmless pastime. That was then. Cue forward to 2006, when prayer in the workplace is fast becoming a universally accepted phenomenon. More than 100 companies participate. Government ministries, universities, multinational companies like Philips, KLM, and ABN AMRO--all allow groups of employees to organize regular prayer meetings at their premises. Trade unions have even started lobbying the government for recognition of workers' right to prayer in the workplace.

The idea that secularization is the irreversible wave of the future is still the conventional wisdom in intellectual circles here. They would be bemused, to say the least, at a Dutch relapse into religiosity. But as the authors of a recently published study called De Toekomst van God (The Future of God) point out, organized prayer in the workplace is just one among several pieces of evidence suggesting that Holland is on the threshold of a new era--one we might call the age of "post-secularization."
In their book, Adjiedj Bakas, a professional trend-watcher, and Minne Buwalda, a journalist, argue that Holland is experiencing a fundamental shift in religious orientation: "Throughout Western Europe, and also in Holland, liberal Protestantism is in its death throes. It will be replaced by a new orthodoxy."

According to Bakas and Buwalda, God is back in Europe's most notoriously liberal country. Or rather: The Dutch are moving back to God. "

The article refers to The Alpha formula, first developed at Holy Trinity Brompton in London. The formula aims to provide small groups of interested people with an introduction to Christianity through a series of meals-with-discussion evenings. Since its inception in 1997, 120,000 people have taken the Dutch version of the course.

Interestingly, there is a rise in the critical and commercial success of a number of openly Christian writers. Holland's most prestigious literary prizes were awarded in 2005 to books dealing in a sympathetic way with Christian issues of faith and redemption. The Libris Literatuur Prize went to the Catholic author Willem Jan Otten for his Specht en zoon (Specht and son) while the AKO Literature Prize was awarded to Calvinist Jan Siebelink's Knielen op een bed violen (Kneeling on a Bed of Violets). Siebelink's novel sold nearly 350,000 copies in its first year, making it the single bestselling Dutch-language book of the past decade--apart, that is, from a new Bible translation published in 2004, which sold more than half a million copies (in a population of 16 million people)

Hat tip to Lex Communis
Posted by Unknown at 4:54 pm