The Church of Saint Peter, Portovenere 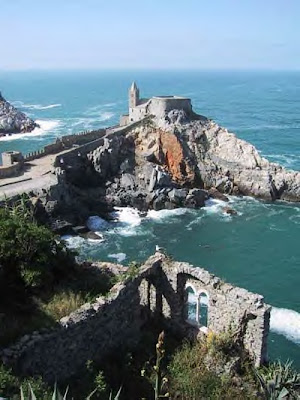 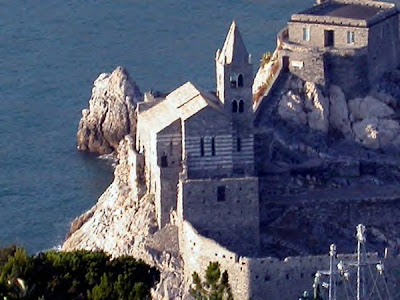 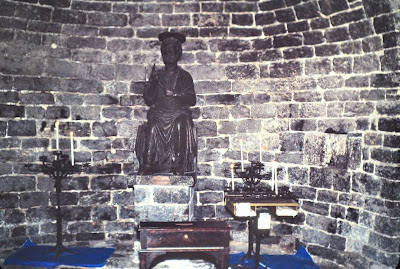 The town is a Roman foundation, Portus Veneris. It was occupied by the Genoese in 1113. It is compact in form, giving the appearance of a fortified town, culminating in the Doria castle (early 12th-16th centuries), which dominates the settlement and is an historical palimpsest, with many traces of its medieval predecessor.

The Gothic church of Saint Peter, consecrated in 1198. It was built over a pre-existing 5th century Palaeo-Christian church, which had rectangular plan and semicircular apse. The new part, from the 13th century, is marked externally by white and black stripes.
Posted by Unknown at 5:57 am