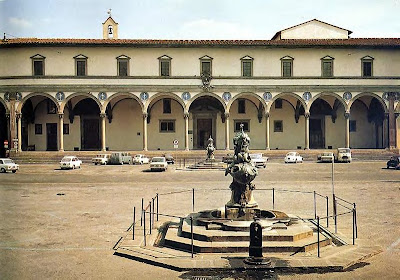 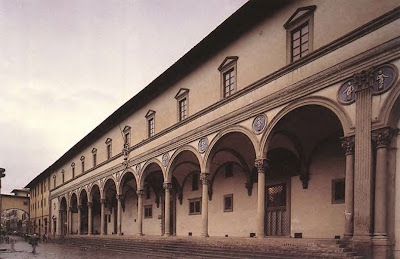 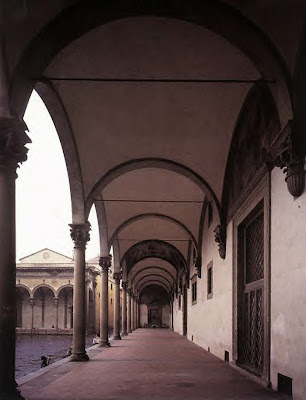 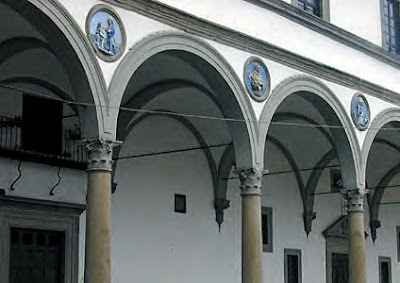 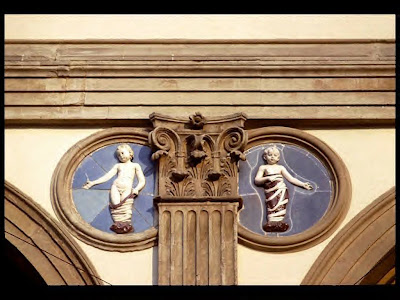 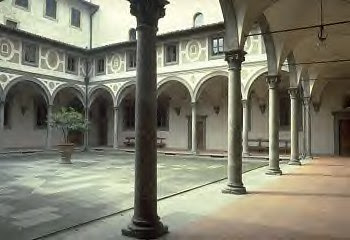 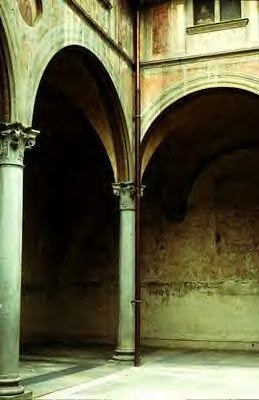 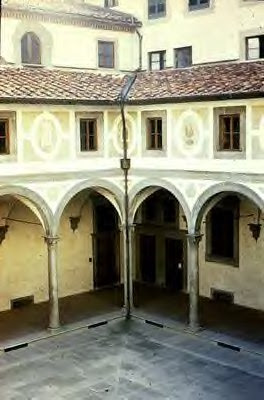 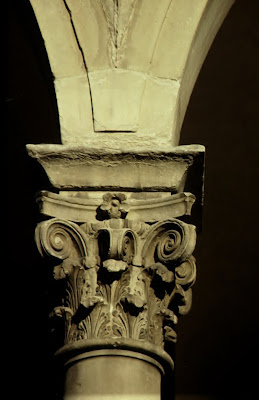 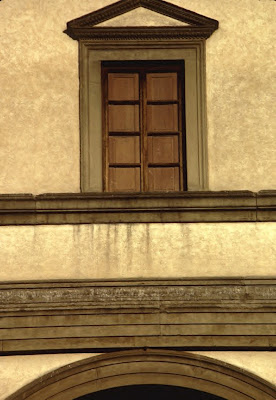 Christmas brings to mind new born children. The children are wanted. Childbirth is associated with a cause for celebration.

What happens when perhaps the child is not wanted ?

This has been an age old problem. Children were (and are) often abandoned as unwanted. Nowadays the numbers are not as great as they were before, for well known reasons.

In past times such children were often simply abandoned and left to die.

Such desertion was regarded as contrary to the law of nature.

As a solution, in Renaissance Florence, they founded the "Ospedale degli Innocenti" (The foundling children's hospital or orphanage).

The "Ospedale degli Innocenti." is the oldest known institution continuously devoted to the welfare of children.

It is one of the most beautiful buildings in Florence. It is not hidden up a side street. It is situated in one of the largest and beautiful squares in Florence: Santissima Annunziata. It is a short walk from the Convent of San Marco and the Accademia.

The first “innocente” was left at the “spedale” on February 5, 1445, 10 days after the official opening. The process has been described by Viazzo PP, Bortolotto M, Zanotto A. Abandoned children. In: Panter-Brick C, Smith ME, eds. Five Centuries of Foundling History in Florence thus:


“In the beginning, children who were not handed over directly to hospital officials were abandoned in a sort of basin situated on the right side of the front portico, beneath a window that opened into an inside room where a woman was on permanent duty waiting for an infant’s first cry. This basin was removed around 1660, when a wheel was built on the left side of the same portico.” (p. 70)

It is now a a child care centre and provides community child welfare services, including placement in foster care and monetary support.

Historians of architecture identify it as the first truly Renaissance structure. It was also the first commission of Filippo Brunelleschi (b. Florence, Italy 1377; d. Florence, Italy 1446) , the architect and engineer of the early Italian Renaissance. The building itself and how it came into being represents an important social and cultural landmark of Humanism during the "Quattrocento."

In 1294, the General Council of Florence delegated responsibility for the care of the "innocenti" to a powerful guild in the city, the "Arte della Seta," or Silk Guild. For more than a century, the guild had had substantial experience in providing sanctuary for foundlings.

In 1419, they requested and obtained the right to a bequest of 1000 florins to build a facility entirely for children. "Arte della Seta" planned to present the "Ospedale degli Innocenti" to Florence as a grand demonstration of their beneficence to the city. It also reflected the importance they assigned to the care of abandoned infants "deserted by their parents contrary to the law of nature".

The Silk Guild chose Brunelleschi, one of their own members since 1404, to be the master builder, or "capomaestro." in 1424.

Brunelleschi was "capomaestro" of the "Ospedale" only until January 1427, 18 years before the completion of the building in 1445. Brunelleschi`s original plans were altered. The amendments included: kitchens; additional space above the loggia; refectories for both men and women; a column-lined courtyard for women, the "Cortile delle Donne"; and facilities for women in need of obstetric services. This required an additional entrance at the south end of the building.

Brunelleschi's design, which was based on Classical styles with simple rhythm, held simple ratios in the columns and Roman arches. If a horizontal line is drawn from the top of each column, a square is created out of the height and width of the column and the distance from one column to the next. The diameter of each arch is also the same distance as the height of each square. Above each column is a tondo style, terra cotta sculpture, which were added after Brunelleschi's initial design. The sculptures came from the workshop of the della Robbias.

Many changes occurred to the interior as well as the exterior of the building over the centuries. In the 1970s, the "Ospedale" was restored with modifications aimed at returning the building to some degree to its early 15th century state and at the same time modernizing it for current usage.

This note has relied on an excellent article on The Ospedale by Lawrence Kahn MD in Pediatrics 2002;110;175-180 entitled The "Ospedale degli Innocenti" and the "Bambino" of the American Academy of Pediatrics. The article can be accessed at http://pediatrics.aappublications.org/cgi/reprint/110/1/175.pdf.

He points out that the symbol of the American Academy of Pediatrics is derived from one of the brightly glazed terra cotta bas-reliefs sculpted by Andrea Della Robbia that adorn the Ospedale.

One may find views of Brunelleschi's Ospedale degli Innocenti with architectural notes at:
http://www.bluffton.edu/~sullivanm/ospedale/ospedale.html

Images of some of Brunelleschi`s works:
http://www.wga.hu/frames-e.html?/html/b/brunelle/ospedal2.html
Posted by Unknown at 1:40 pm