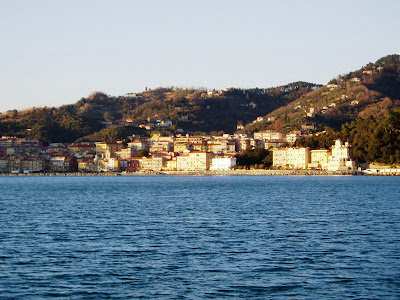 San Terenzo Mare: view from the Gulf of La Spezia 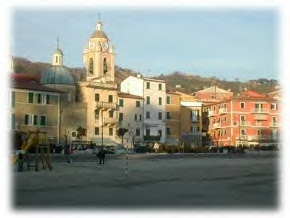 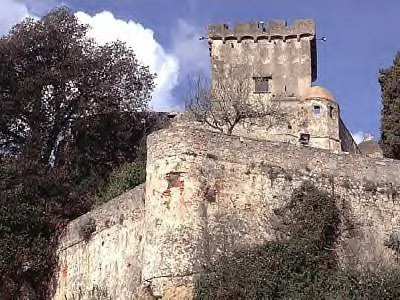 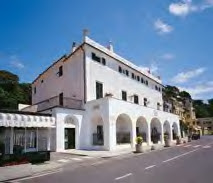 The original name of the town was Portiolo (small port or port of oil).

Over the years the name changed to "San Terenzo". It was in honour of a local saint who became Bishop of the diocese of Luni. Interestingly, the legend is that San Terenzo was a Scottish monk who came to the area on pilgrimage and eventually became the bishop. Again, according to legend, his bones are supposedly kept at the village of San Terenzo Monte, a village many miles distant in the Lunigiana in Tuscany.

The town itself was orginally a small fishing village of old provenance. The earliest written record dates from 1218.

The church is dedicated to the birth of the Virgin Mary. It dates from about 1600. It is built on the foundations of an earlier church.

The town is known from its association with the Romantic poets, Byron and Shelley. Shelley and his wife, Mary, lived in the Villa Magni in 1822.

On 8th July 1822 Shelley and two companions set out by boat from Livorno to return to San Terenzo. The boat was shipwrecked and the three perished. Their bodies were washed up at Viareggio and burnt on the shore there, according to the custom of the time.
Posted by Unknown at 9:58 am