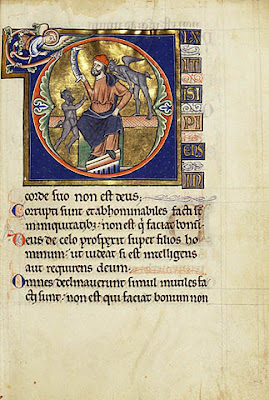 Another extract of the concluding message of the 12th Ordinary General Assemby of the Synod of Bishops which was approved on 24th October 2008 at the 21st General Congregation included a passage on Scripture and culture:

"15. In his Letter to the Artists (1999), John Paul II recalled that "Sacred Scripture has thus become a sort of ‛immense vocabulary' (Paul Claudel) and ‛iconographic atlas' (Marc Chagall), from which both Christian culture and art have drawn" (No. 5).

Goethe was convinced that the Gospel was the "mother tongue of Europe".

The Bible, as it is commonly said, is "the great code" of universal culture: artists ideally dipped their paintbrush in that alphabet coloured by stories, symbols, and figures which are the biblical pages. Musicians composed their harmonies around the sacred texts, especially the Psalms. For centuries authors went back to those old stories that became existential parables; poets asked themselves about the mystery of the spirit, infinity, evil, love, death and life, frequently collecting poetical quivers that enlivened the biblical pages.

Thinkers, men of learning and society itself frequently used the spiritual and ethical concepts (for example the Decalogue) of the word of God as a reference, even if merely in contrast. Even when the figure or the idea present in the Scriptures was deformed, it was recognized as being an essential and constitutive element of our civilization.

Because of this, the Bible - which teaches us also the via pulchritudinis, that is to say, the path of beauty to understand and reach God (as Ps 47:7 invites us: "learn the music, let it sound for God!") - is necessary not only for the believer, but for all to rediscover the authentic meanings of various cultural expressions and above all to find our historical, civil, human and spiritual identity once again.

This is the origin of our greatness and through it we can present ourselves with our noble heritage to other civilizations and cultures, without any inferiority complex. The Bible should, therefore, be known and studied by all, under this extraordinary profile of beauty and human and cultural fruitfulness. "