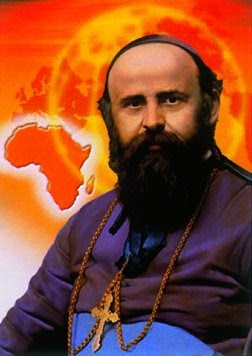 His work "The Plan for the Rebirth of Africa" was first regarded as crazy and foolhardy but later came to be regarded as effective and a valid means for the proclamation of the Gospel and the liberation of the African continent.

He was in the forefront in the struggle against the pernicious Slave Trade, and on consolidating the missionary activity carried out by Africans themselves.

His life story can be seen on the Vatican website here and on the Comboni Missionaries site here
Posted by Unknown at 10:17 am