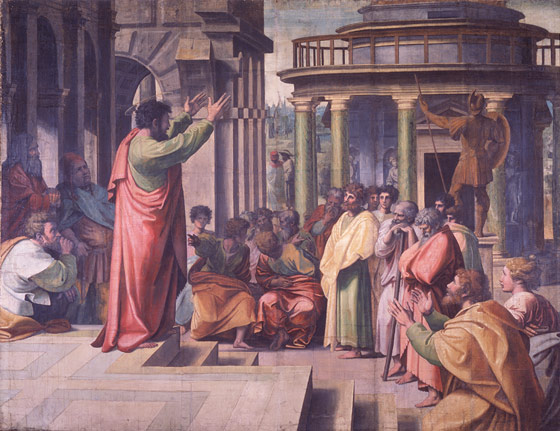 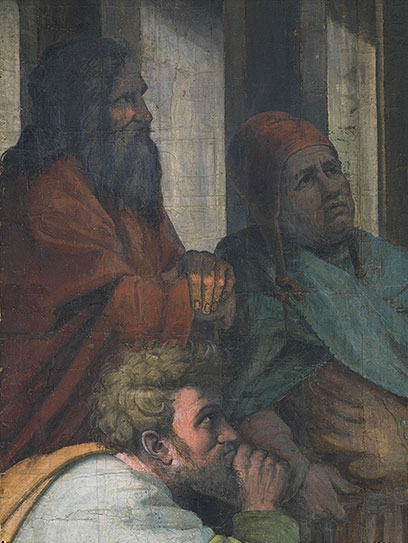 The theme of this particular cartoon comes from Acts 17:16-34

Paul is depicted preaching to a group of councillors at the Areopagus (the seat of the judicial council) at Athens.

In the detail above, one can see that behind Paul are two figures paying him rapt attention: the bearded man is Janus Lascaris, the director of the new Greek academy in Rome, and the plump, clean-shaven man is Pope Leo X.

As Leo was interested in the reform of preaching, and considered Paul the 'Prince of Preachers,' Raphael's depiction of him listening closely to Paul showed that he was following in Paul's footsteps. Leo had also recently set up a Greek academy in Rome.

Pope Leo X (1475-1521) was born Giovanni de' Medici, the son of Lorenzo the Magnificent, ruler of Florence and a major patron of the arts and sciences. He was educated by some of the leading scholars of the day, such as the poet Angelo Poliziano and the Neoplatonist Marsilio Ficino.

For centuries Raphael has been considered the supreme High Renaissance painter, more versatile than Michelangelo and more prolific than their older contemporary Leonardo.

Prints were the maiolica painters' main source of Raphael images. One such print is below. 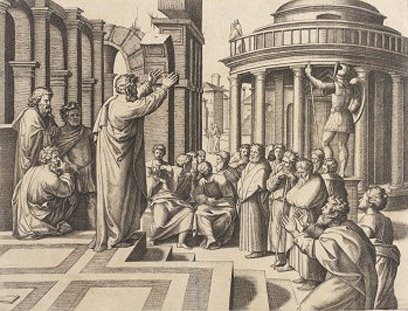 To copy a work by Raphael was for many to copy an act of perfection. Here is a nineteenth century copy. This time the medium is clear glass painted in enamels. This is one of two copies made by William Collins of Collins Glassworks, 227 Strand, London 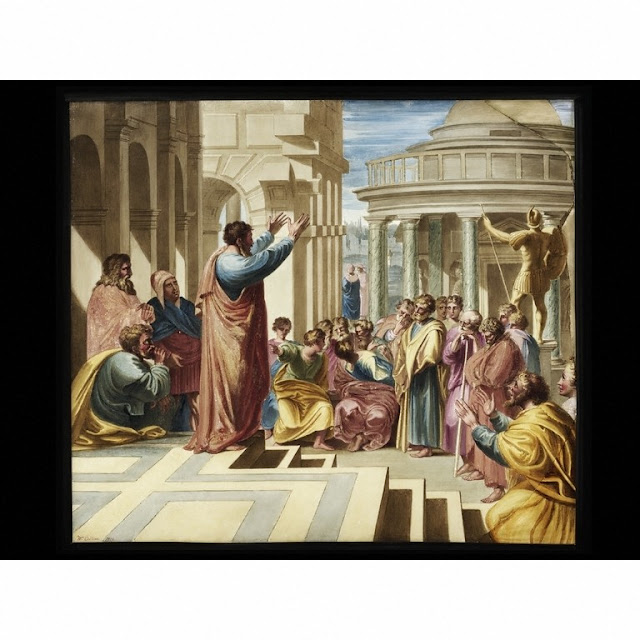