In 1860, John Cramb the photographer by Royal Appointment to Queen Victoria went to the Holy Land to take photographs of Jerusalem.

They were intended as records of "these authentic places of scriptural history for the country rectories and theological seminaries of Victorian Britain."

They were published in the Book below. 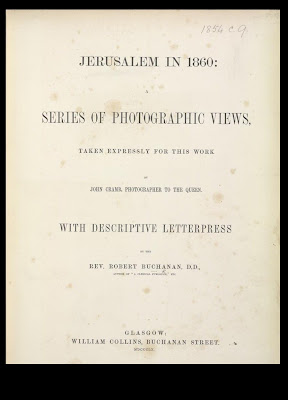 Jerusalem is now of course a metropolis like many other cities in the 21st century world.

The photographs below from another age perhaps give us a glimpse of Jerusalem in another time. 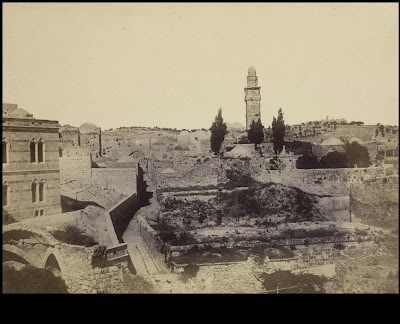 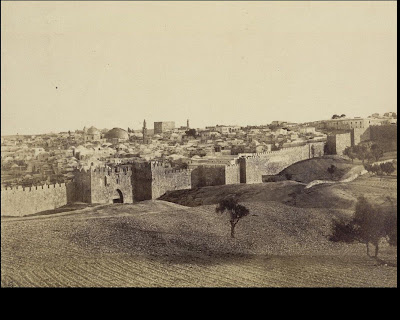 Jerusalem from the north west

In 1866, Francis Bedford accompanied the Prince of Wales during a tour in the Middle East which included Jerusalem. Here are two of the photographs which were eventually published in England as The Holy Land, Egypt, Constantinople, Athens, etc. etc. A series of forty-eight photographs, taken by Francis Bedford, for H.R.H. the Prince of Wales during the tour in the East, in which ... he accompanied his Royal Highness. With descriptive text and introduction by W. M. Thompson. 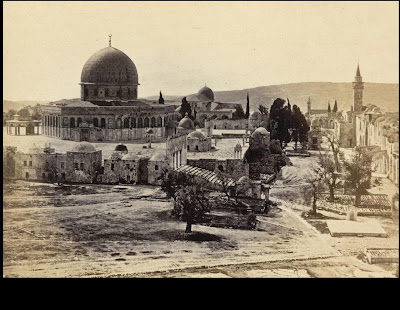 Jerusalem. - The Mosk of the Dome of the Rock, from the Governor's House 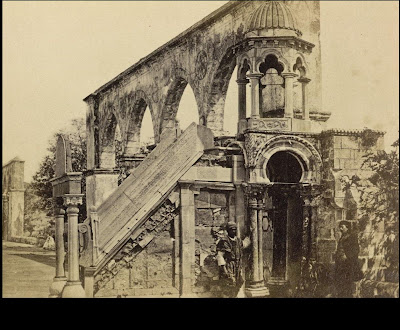