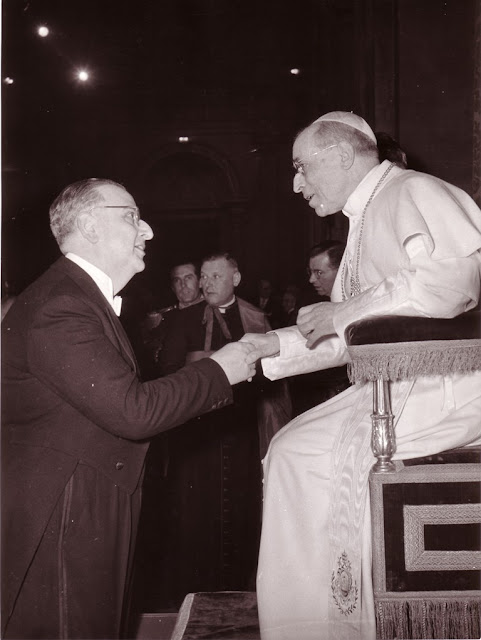 The Times reports today that Pope Benedict XVI is likely to wait at least six years before considering beatification of Pius XII, the pope during the Second World War, according to officials

The delay is being regarded as a concession to Jewish groups who say that Pius, head of the Roman Catholic Church from 1939 to 1958, remained silent during the Holocaust and was passive towards the persecution of Jews.

David Rosen, president of the International Jewish Committee on Interreligious Consultations, said that the Pope was “seriously considering” not proceeding with the beatification before the opening of archives on Pius. The Vatican said that the archives would not be open to researchers for at least six years. It said this month that “a time for reflection would be appropriate”. The decree that Pope Benedict must sign has been held by the Vatican since May.

Richard Prasquier, president of the Representative Council of French Jewry, said that he was satisfied by the probable delay.
Posted by Unknown at 6:42 pm