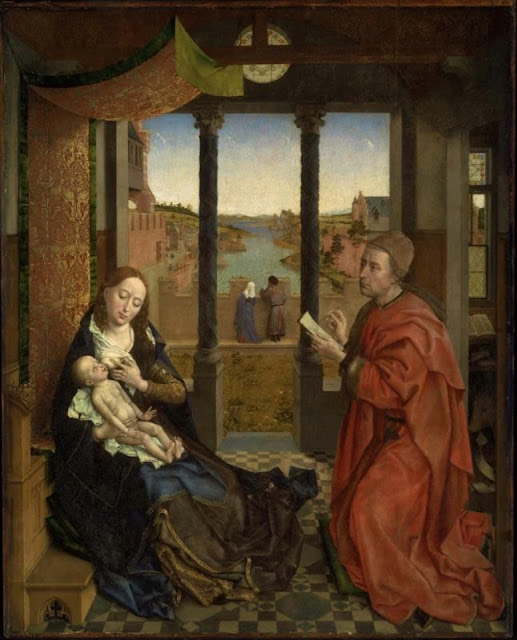 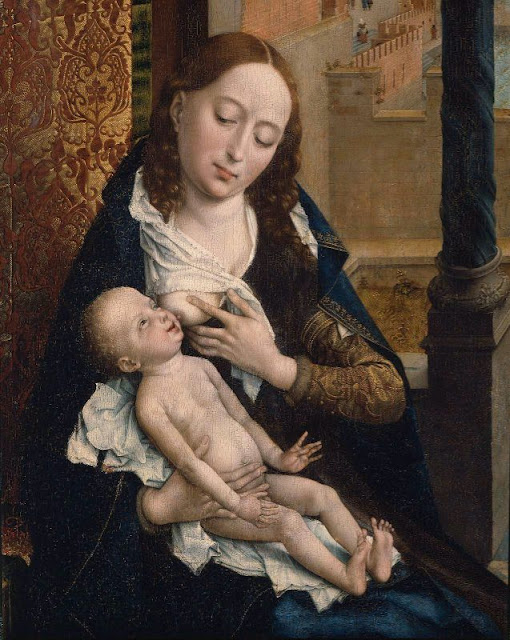 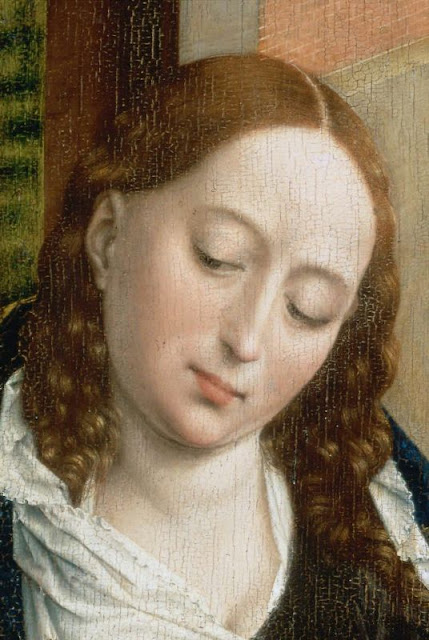 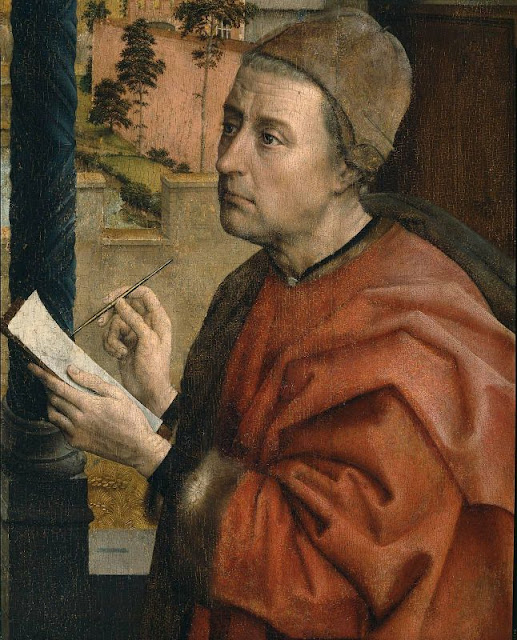 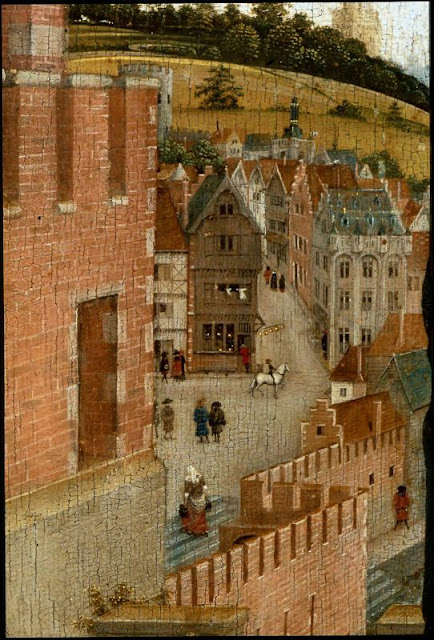 Oil and tempera on panel

Seated before an open window, the young mother is shown breastfeeding her naked infant son, who lies in her lap, and who smiles and wiggles his hands and his feet in pleasure at her embrace.

The design is the invention of Rogier van der Weyden (c.1399-1464). There are known today about four versions, of which the original is probably that now in the Museum of Fine Arts in Boston above

The success of Rogier's design and the many copies it inspired bears witness to the impact and enduring appeal of these new type of half-length devotional images dedicated to the Virgin and her son. This type of the Virgin breastfeeding her child, the Virgo Lactans, although not new, had gained considerable popularity in the 15th century in response to theological movements to depict the Virgin as a humble woman. In images such as this or the Madonna of Humility Mary was portrayed as a woman with whom mortal women could identify and her readiness to breastfeed exemplified her 'ordinariness'.

This idea of an accessible sympathetic model was in some contrast to the preceding medieval tradition of the Regina Coelis or Queen of Heaven in which the Virgin was traditionally enthroned or accompanied by hosts of angels. 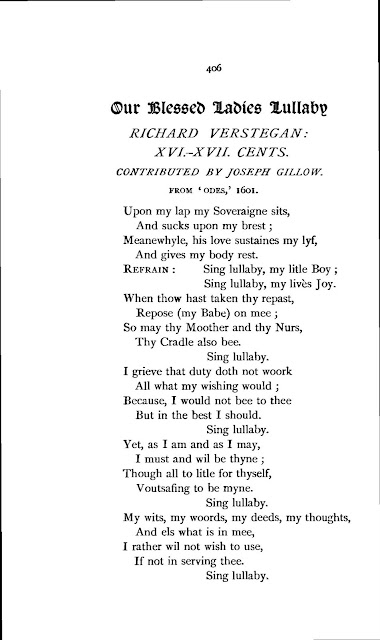 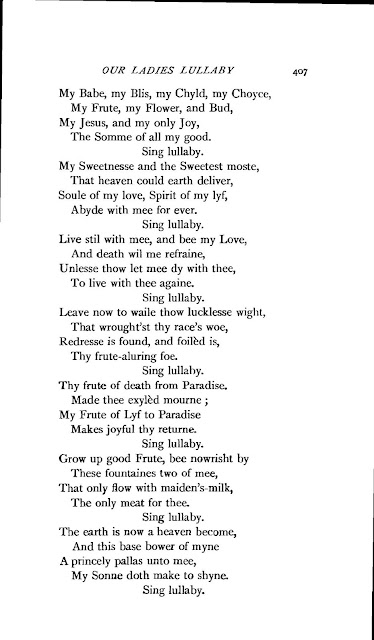 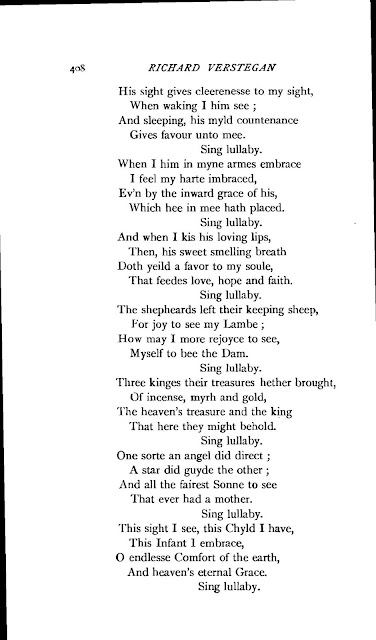 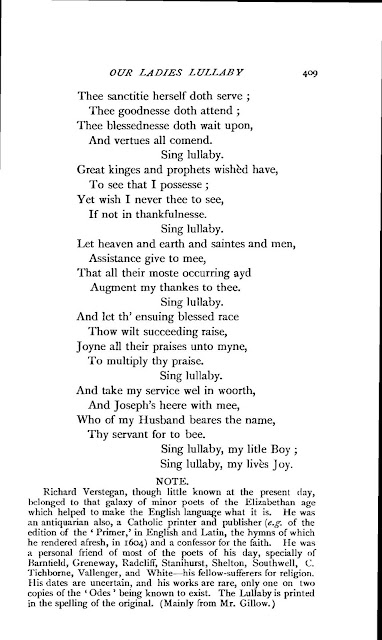 Richard Verstegen (also known as Richard Rowlands) 1550-1640 was the son of a cooper established in East London. His grandfather, Theodore Roland Verstegen, a Dutch emigrant, came from Gelderland to the Kingdom of England

At the end of 1581 he secretly printed an account of the execution of Edmund Campion but was discovered and 'being apprehended, brake out of England'. In exile he resumed the name of Verstegen.