The Cloister of St John Lateran 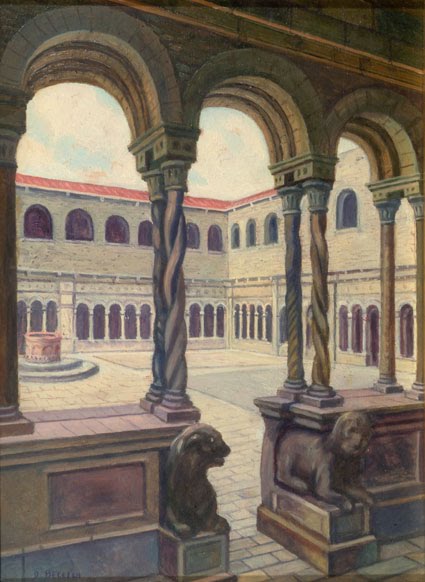 Dandolo Bellini was an artist and architect.

When Paul VI was Archbishop of Milan, he came across Bellini who published a number of works in the Casa di Redenzione Sociale in Milan.

In 1955 he founded the Museo d'Arte Sacra dei Contemporanei which housed about 130 works of such artists as Francesco Messina, Luciano Minguzzi, Aldo Carpi, Achille Funi, Trento Longaretti and Giacomo Manzù.

Under Paul VI as Pope, he was a trusted architect of the Pope and worked in the Vatican

He was the editor of "Quaderni di Arte Sacra" which promoted religious art.