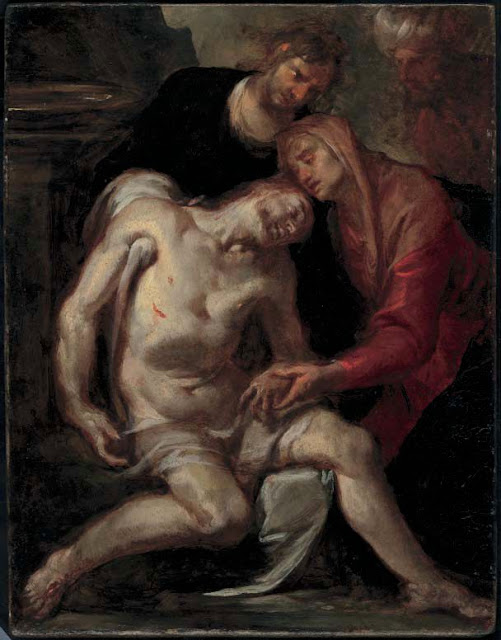 Although Assereto treated the subject of the Pietà several times during his career, there was never such an intimate version as this.

Two elements contribute to the power of this image: the small format (whose wood panel provides the sole known example of this support in the painter’s oeuvre), and the composition that coils itself into this barely eleven-inch high rectangle.

The curve of the abandoned body of Christ is echoed in the tightly-arranged group of heads of Christ, the Virgin and Saint John; the latter’s head is on the same level as that of Nicodemus. On the left, a bowl placed on the tomb is the only element that might distract us from this moving scene, which precedes the burial of Christ. It probably contains the blend of myrrh and aloes brought by Nicodemus in order to coat the winding-sheet with aromatic spices “as the manner of the Jews is to bury” (St John’s Gospel, XIX, 40).