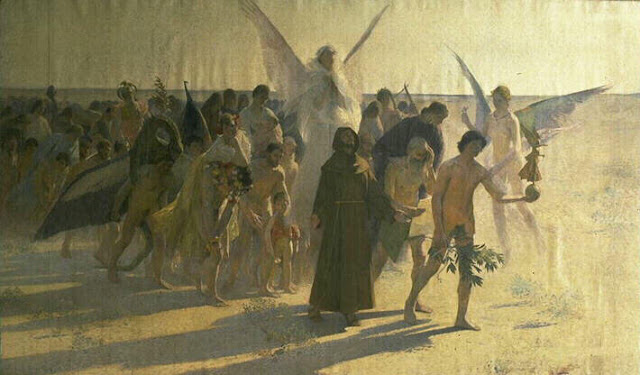 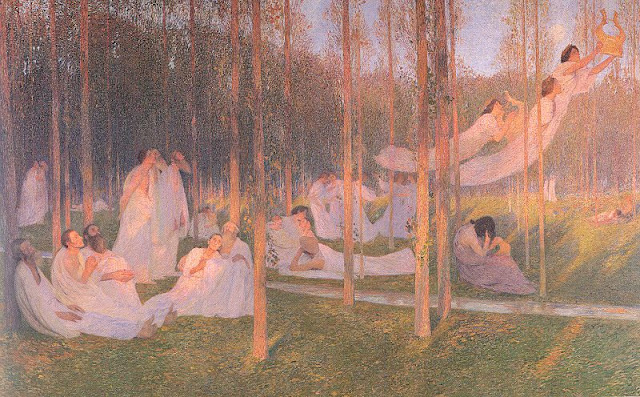 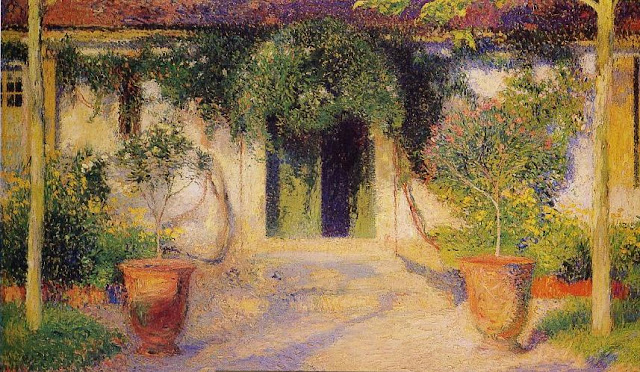 By the age of twenty-three, Henri Martin had already won a gold medal at the Salon of 1883. Two years later he received a scholarship to work in Italy.

At the 1900 World Fair, he was awarded the Grand Prize for his work

Sérénité is a symbolist work using Naturalist and Impressionist techniques

In 1900, Martin bought a property in Labastide-du-Vert, a small village North of Cahors near Toulouse.

On the thirty acres of land stood a large seventeenth century house and Martin became extremely attached to this property. The acquisition of Marquayrol marked a turning point in Martin's career - he abandoned allegory and myth to fully devote himself to the representation of nature.

"My preoccupation with rendering atmospheric effects increased later, after three months in the country, face to face with nature. Trying to capture its diverse effects, I was compelled to paint it differently. The natural light, now brilliant, then diffuse, which softened the contours of figures and landscape, powerfully obliged me to translate it any way I could, but other than using a loaded brush, through pointille and the breaking up of tone."

Martin's canvases from this period are characteristically joyous expressions of light, colour and texture.