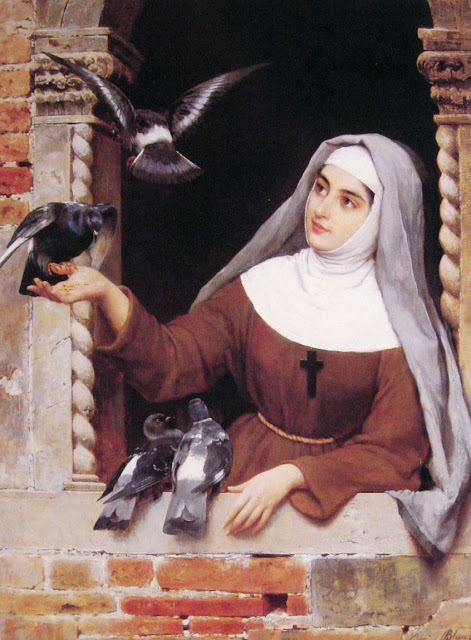 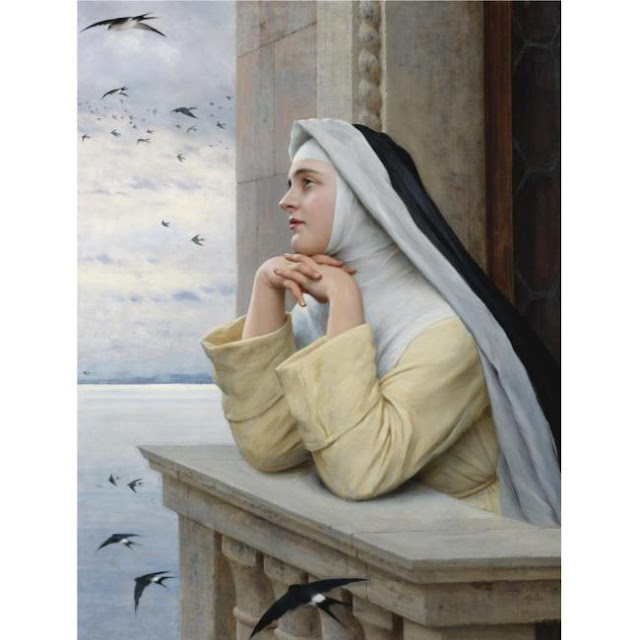 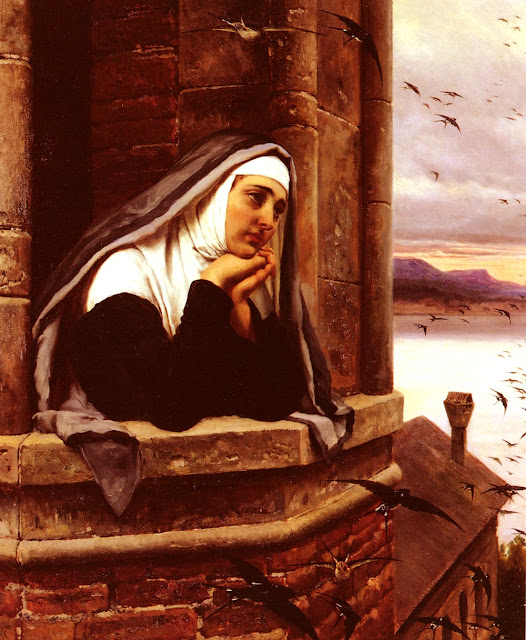 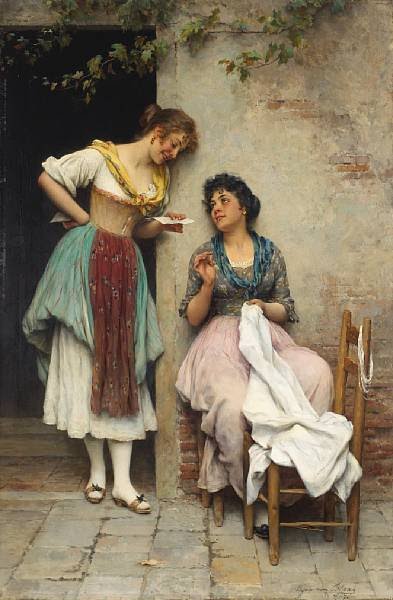 Eugen von Blaas was born in 1843 in the small Italian suburb of Albano, located ten miles outside of Rome on the Appian Way. But his parentage and nationality were Austrian

His interest in art was strongly encouraged by his father, Carl von Blaas, (1815-1894), a well-known artist in his own right and creator of the frescoes in the Arsenal in Vienna.

From 1870 he lived with his wife and famiy in Venice

He embraced the subject of religion throughout his career

Thomas Wassibauer credits the artist's ability to paint figures so beautifully to his time spent in Vienna with his father between 1860 and 1872. Wassibauer writes of the influence this period had upon Eugen: "the artist's infinite skill showing glorious flesh tones [used] a technique Eugen learned from his father Karl. In his autobiography, Karl von Blaas describes how he studied Titian's technique and learned to build up flesh colors using different glazes in order to produce a natural and three-dimensional effect... Eugen's work with his father in Vienna during the 1860s could still be seen to resonate for the next fifty years of his long career" (Wassibauer, Eugen von Blaas, Das Werk, Hildesheim, 2005 pp. 16-17).

Von Blaas was best known and most loved for his images of Venetian washerwomen, seamstresses and street vendors. His women are striking in their youth and unadorned beauty. The realism in the work of von Blaas is almost photographic and it is clearly the artist's intent to show these young women in the streets and back lanes of Venice, going about their daily routines, oblivious of their own beauty and the beauty of the city around them. Von Blaas was particularly fond of Venice for it provided the artist with a never-changing environment, remaining unaffected by the fast-paced changes brought about by the Industrial Revolution.