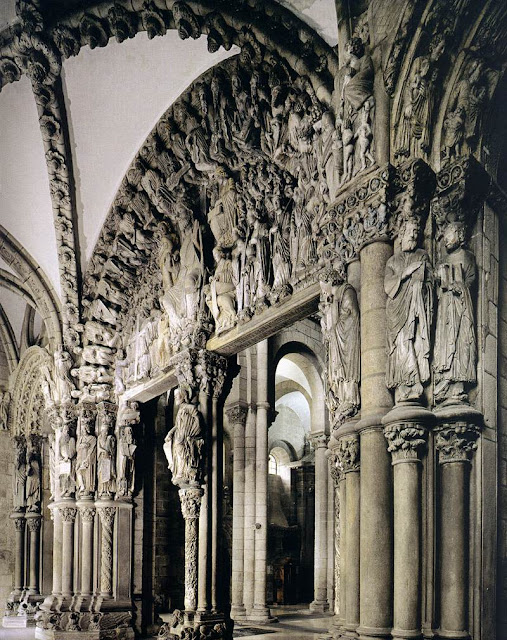 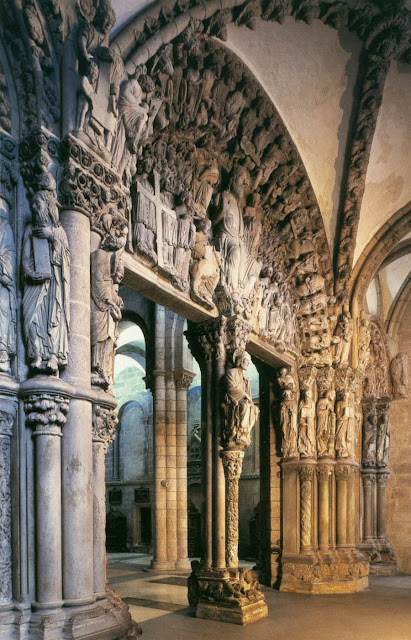 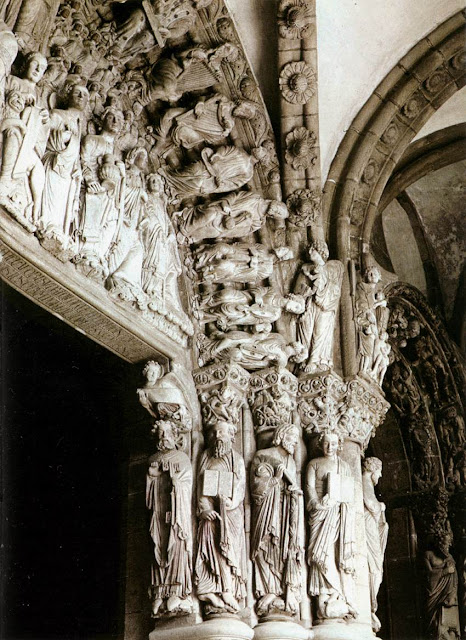 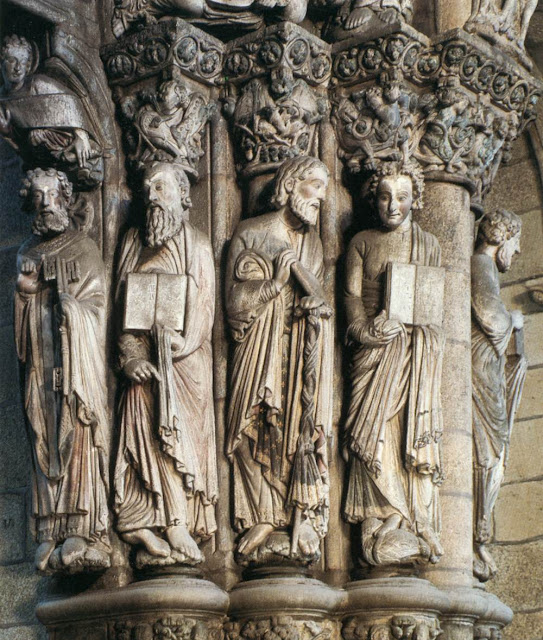 The study of medieval art began in earnest in the decades following the iconoclasm of the French Revolution.

Art historians in the early nineteenth century, following the natural sciences in an effort to classify their field of inquiry, coined the term "Romanesque" to encompass the western European artistic production, especially architecture, of the eleventh and twelfth centuries.

The term "Romanesque" was employed for the first time by Norman archaeologist Charles Duhérissier de Gerville.(1769-1853)

Caumont is considered one of the founders of modern archaeology in France, which came to later include (as used in the French meaning of archéologie) the study of art history as well. His writings on Romanesque sculpture revived the interest in that period of medieval art.

Caumont's work laid the foundation for national monument preservation in many countries. Caumont was also a champion of decentralized intellectual institutions, both scientific and historic.

As both a legitimist and a devote Roman Catholic, he criticised the "Jacobin cancer" of centralisation in Paris.

Romanesque art borrows from a variety of sources: Ancient Roman, Carolingian, Antique as well as Byzantine, Middle Eastern and Celtic

The term “Romanesque”was then used as an architectural term for the heavy and massive medieval buildings with rounded arches that echoed Roman forms. It then developed an additional aesthetic meaning. Romanesque art emphasized a simplification of form, pattern, and a lively linearity

The Romanesque style in England is more traditionally referred to as Norman architecture.

While emphasizing the dependence on Roman art, the label ignores the two other formative influences on Romanesque art, the Insular style of Northern Europe and the art of Byzantium, nor does it do justice to the inventiveness of Romanesque art.

The Crusades and the Norman conquest of Sicily, a trading interface of East and West, brought close links with Byzantium. The splendours of Constantinople were ever a source of admiration, inspiration and, ultimately, covetousness for westerners

In architecture the architects of the Romanesque style adapted the plan of the Roman basilica with a nave, lateral aisles, and apse, and these churches typically have a transept crossing the nave. Churches on the pilgrimage routes included an ambulatory (a gallery allowing the faithful to walk around the sanctuary) and a series of radiating chapels for several priests to say Mass concurrently.

For the first time since the fall of the Roman empire, monumental sculpture covered church facades, doorways, and capitals. Monumental doors, baptismal fonts, and candleholders, frequently decorated with scenes from biblical history, were cast in bronze, attesting to the prowess of metalworkers.

Emile Male begins his book Religious Art of the 12th and 13th centuries with the bald statement "Sculpture was reborn in France in the eleventh century"’ and gives the credit for it to the two great Cluniac patrons: Hugh of Semur and Peter the Venerable.

Frescoes were applied to the vaults and walls of churches

Rich textiles and precious objects in gold and silver, such as chalices and reliquaries, were produced in increasing numbers to meet the needs of the liturgy and the cult of the saints.

More important than its synthesis of various influences, Romanesque art formulated a visual idiom capable of spelling out the tenets of the Christian faith.

Romanesque architects invented the tympanum on which the Last Judgment or simiar apocalyptic scenes were depicted. Emile Male has shown how many tympana were inspired by manuscript illuminations in the first instance

Inside the faithful encountered other scenes from biblical history, on doors, capitals, and walls and were drawn into the narrative by their dynamic, direct language.