The Romanesque and Gothic 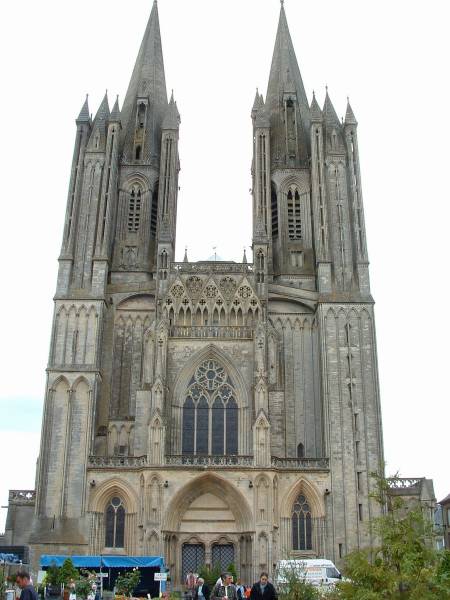 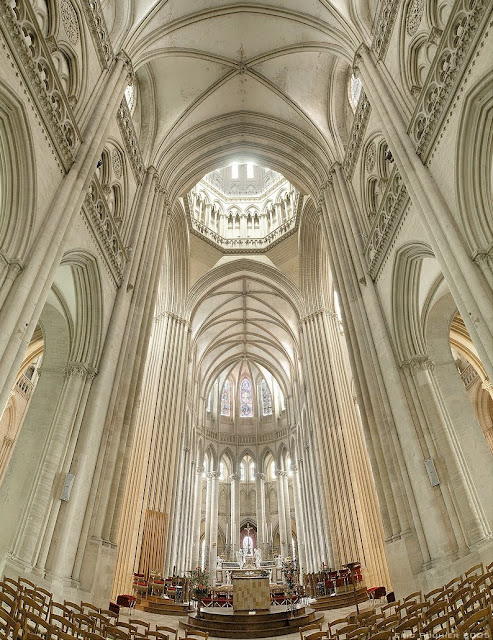 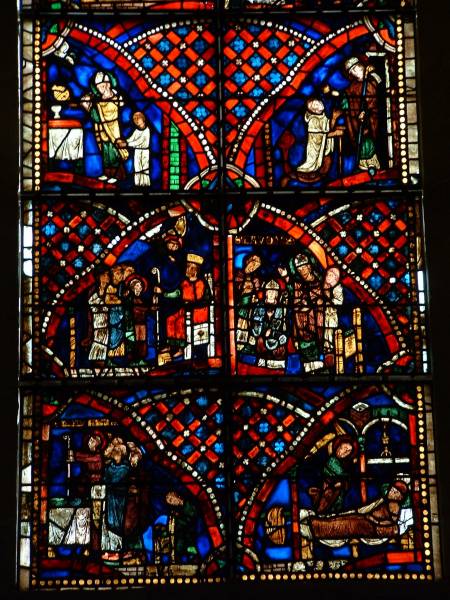 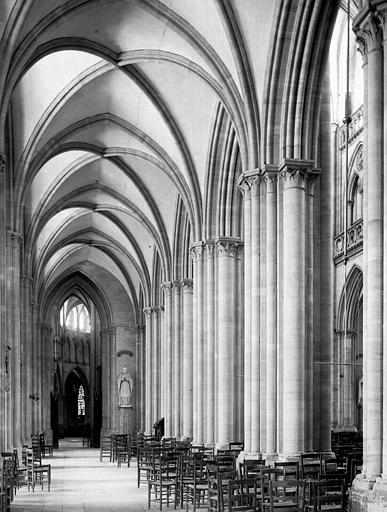 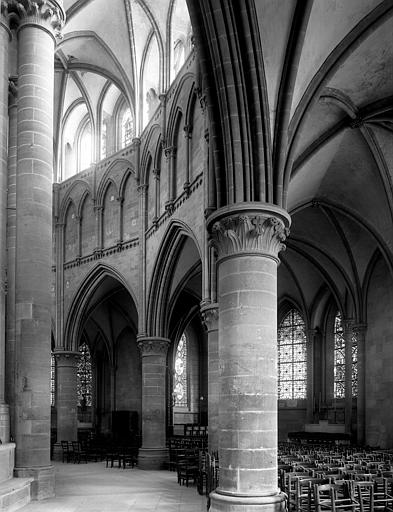 The Pope finished off his discourse on Romanesque and Gothic Architecture on 18 November 2009 with these words:

"Dear brothers and sisters, I would now like to emphasize two elements of Romanesque and Gothic art that are also helpful to us.

The first: the masterpieces of art created in Europe in past centuries are incomprehensible unless one takes into account the religious spirit that inspired them. Marc Chagall, an artist who has always witnessed to the encounter between aesthetics and faith, wrote that "For centuries painters dipped their brushes into that colourful alphabet which was the Bible". When faith, celebrated in the Liturgy in a special way, encounters art, it creates a profound harmony because each can and wishes to speak of God, making the Invisible visible. I would like to share this encounter with artists on 21 November, renewing to them the proposal of friendship between Christian spirituality and art that my venerable Predecessors hoped for, especially the Servants of God Paul VI and John Paul II.

The second element: the strength of the Romanesque style and the splendour of the Gothic cathedrals remind us that the via pulchritudinis, the way of beauty, is a privileged and fascinating path on which to approach the Mystery of God. What is the beauty that writers, poets, musicians, and artists contemplate and express in their language other than the reflection of the splendour of the eternal Word made flesh?

Dear brothers and sisters, may the Lord help us to rediscover the way of beauty as one of the itineraries, perhaps the most attractive and fascinating, on which to succeed in encountering and loving God."

The following passage from Sandro Magister`s The Theology That Suits the Pope Theologian may help to put the recent discourses by Pope Benedict XVI on Romanesque and Gothic art and on medieval monasticism in context:

"As is the practice, the written outline of the papal catecheses is prepared by trusted experts with competence in a particular field. Benedict XVI sees the text in advance and enhances it, prunes it, supplements it. In short, he makes it his own.

And when he finally reads it to the faithful, he often departs from it even further, improvising. ...

The main expert in this area is Inos Biffi, a medieval theology scholar of rare profundity and with a clear writing style, as can be seen in his imposing bibliography which is being published in its entirety, in magnificent volumes, by Jaca Book. With him, it is more rare for Benedict XVI to depart from the written text when he preaches to the faithful. The impression is that there is a strong harmony between the pope and his current "ghostwriter," both in thought and in manner of expression. ...

[A] book by a Benedictine scholar of the past century, Jean Leclercq, dedicated to medieval monastic theology and entitled "L’amour des lettres et le désir de Dieu [The Love of Learning and The Desire for God]." ... is a favorite of Ratzinger the theologian. As pope, he had already cited it on a previous occasion, in one of the most important speeches of his pontificate, delivered on September 12, 2008, at the Collège des Bernardins in Paris, and addressed to the world of culture. ...

The greatness of medieval monastic theology, as interpretated by Leclercq, Biffi, and Ratzinger, lies in the connection it makes between the search for God and the study of the word, of language, of literature. The search for God and the culture of the word are one and the same, not only in theology but also in spiritual elevation. And they are at the foundation of European civilization.

But alongside monastic theology, scholastic theology also blossomed in the twelfth century, in the cathedral schools. With a powerful emphasis on reason, on fruitful dialogue between "fides et ratio," between faith and reason.

With this lesson on grand medieval theology, it is as if Benedict XVI has wanted to draw the guidelines for the theology of today. As the pope theologian that he is."

Many years ago (in the early 1980s) I remember discussing with an American priest who was an academic what he thought of the Pontificate of Pope John Paul II. He was very dismissive. First he was Polish, from a Church which was "backward" and reactionary. Second he was "of a medieval mindset". I did not agree with the position taken by the academic at the time. I still do not.

In his homilies and speeches, Pope Benedict is continuing the teaching of Pope John Paul II. What he is trying to do is help the Church recover and re-value its heritage and tradition. The Church is not a "Historical Theme Park". No one wants to worship in a museum or be one of the Friends of a Historical or Art Museum or Gallery or Association. There are plenty of those about where you can even dress up and re-enact historical battles or pretend that one is a medieval lord at a medieval banquet. After a few hours of fun, you can go back to normal life

To understand the present position of the Church on a whole number of issues one must look at the historical record which has been forgotten or put aside. Many of the issues that seem to bedevil the Church today were exactly the same issues which bedevilled the best minds and greatest leaders of centuries past. The language and style may be different but the same principles apply.

Not all that was done in medieval or other times by the Church was good. On the other hand not all was bad. A lot in fact was very good. To dismiss it is foolish and self destructive. It shows a greater faith in "Human Progress" than the history would suggest is wise. Surely the wisest approach is to reform what needs to be reformed and conserve what is good.

When the delegates to the Second Vatican Council assembled in Rome, they brought with them "historical baggage" and a mindset with attitudes borne of previous times. They did not come with tabulae rasae. The product of their deliberations can only be seen in the context of the history and traditions which they brought with them to the Council. The Second Vatican Council was not meant to be a "Year Zero" as happened after The French Revolution or in Cambodia. To forget those traditions and to be unmindful of the great historical heritage of the Church is to to say the least imposing the most enormous handicap on the Church in the execution of its Mission. Tradition is after all simply the collected distilled wisdom of previous generations from the foundation of the Church onwards.