While still in Russia, Anisfeld worked with the director Vsevolod Meyerhold, the impresario Sergej Diaghilev and the choreographers Michel Fokine and Mikhail Mordkin.

By 1910 he had established an international reputation for his theatre work. His career as a painter took him to Paris at the young age of twenty-seven. He was made a sociétaire of the Salon d’Automne, and he exhibited along with Larianov, Gontcharova, Serov, Vrubel and others. From then on, he could support a prosperous life style with the sale of his paintings. He was a member of Mir Iskusstva (World of Art) in St. Petersburg, and exhibited with them regularly from 1910 to 1917.

He left Russia in late 1917 and came to the United States.

He took up a teaching position at the Art Institute of Chicago. He remained there until he retired in 1958. 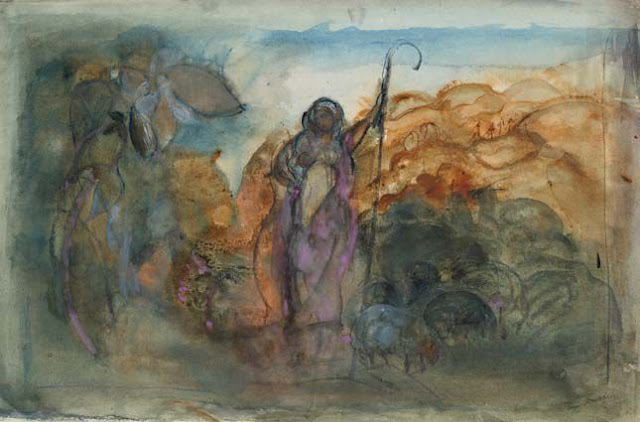 Gouache and some graphite on laid paper. No discernible watermark.

Rachel, in the book of Genesis in the Old Testament, was a shepherdess who met Jacob at the well where she had gone to water her sheep. She became his wife, and the mother of Joseph and Benjamin. 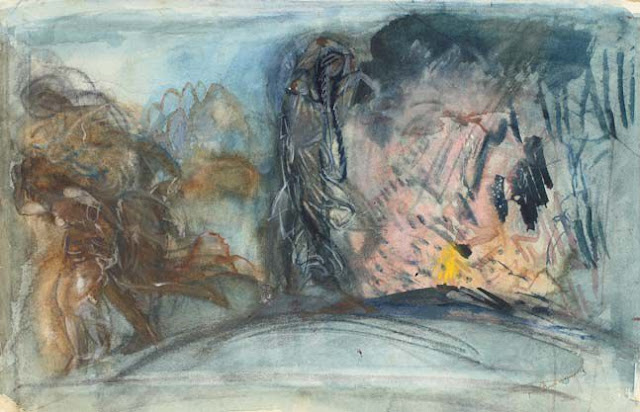 Gouache and pastel on laid paper. No discernible watermark.

The viewer’s attention is drawn to the plight of Lot’s wife, who is caught in the moment of turning into a pillar of salt. 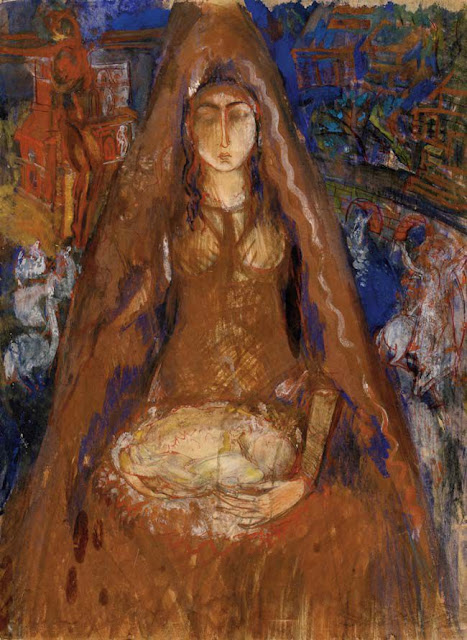 Gouache, red crayon and some graphite on Monogram artist’s board. 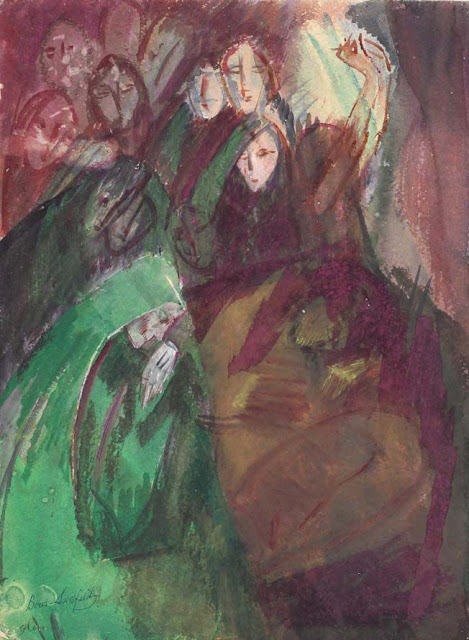 Gouache on Beverly artists’ board.

Anisfeld exhibited in Chicago in 1958 two paintings depicting the death of Christ, Pietà and Descent of Christ. The groups of lamenting and veiled figures in the present gouache echo those in both paintings.