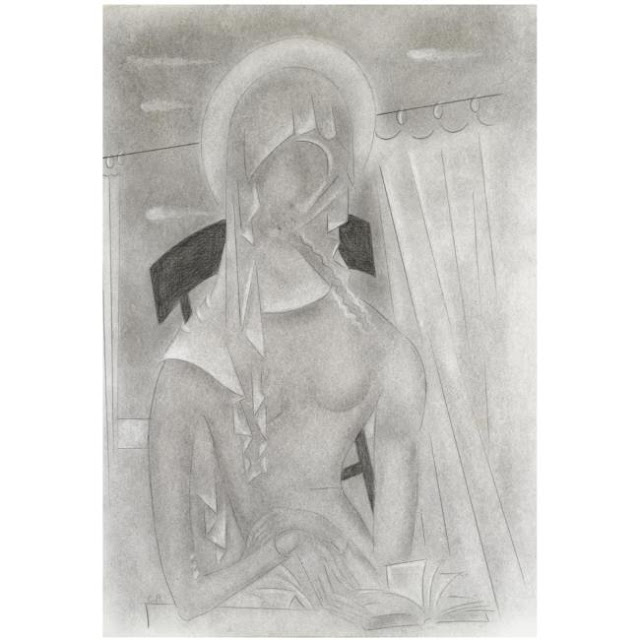 The Virgin Mary with Book

Marina Lambraki-Plaka notes of Parthenis' work of this period that :

"His work evolved within the same stylistic parameters he had carved out during the preceding decade: large allegorical or historical compositions, idealistic and anti-realistic in character, which frequently developed in the form of a frieze on a 'screen', as the luminous projections of an otherworldly vision. The drawing, which always was of prime importance to Parthenis, contained traces of influences from ancient Greek vase painting, Byzantium and El Greco." (Marina Lanbraki-Plaka, ed., Four Centuries of Greek Painting, Athens, 1999, p. 465). 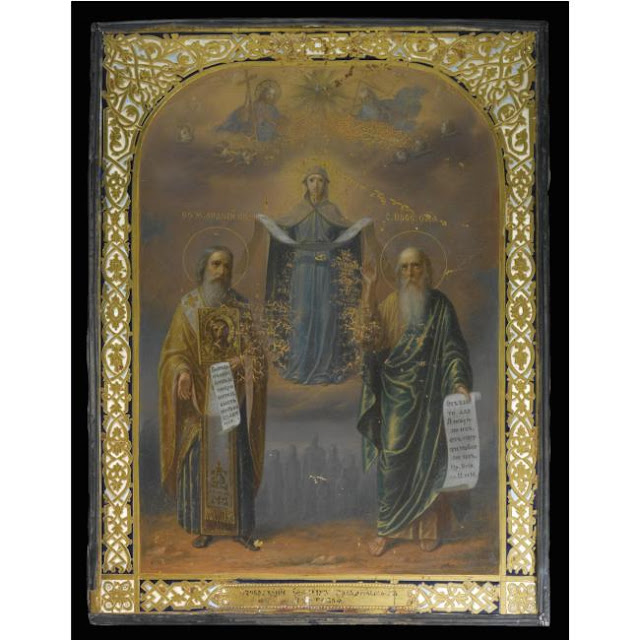 The Virgin Mary, the Monkmartyr Andrew of Crete and the prophet Hosea, 1886

The Virgin Mary stands in the centre upon a cloud, flanked by the Monkmartyr Andrew of Crete and the prophet Hosea with the figures of the Russian Emperor and his family in the background, a plaque at the bottom states that this is to celebrate the Saint's Day of the 31st of October.

The reverse of the icon is mounted with a commemorative plaque in Cyrillic: To His Holiness, the Emperor Alexander Alexandrovich III, to commemorate his and his family's miraculous salvation from the greatest danger that awaited him on the railroad on the 17th October 1888, from the Kiev-Pecherski Monastery, signed Platon Metropolitan of Kiev.

This icon was presented to Emperor Alexander III from Archbishop Platon and the people of Kiev, commemorating his deliverance from a potentially fatal railroad accident.

The Imperial train, travelling at high speed from Sevastopol to Moscow, crashed outside Borki. None of the Imperial Family were hurt but twenty-two passengers were killed and thirty-five were injured. The fact that the Imperial Family escaped unscathed was attributed to the Emperor's great strength in preventing the carriage from crushing its occupants.

The iconography is based on that of the Pokrov, with Mary spreading out the veil for protection 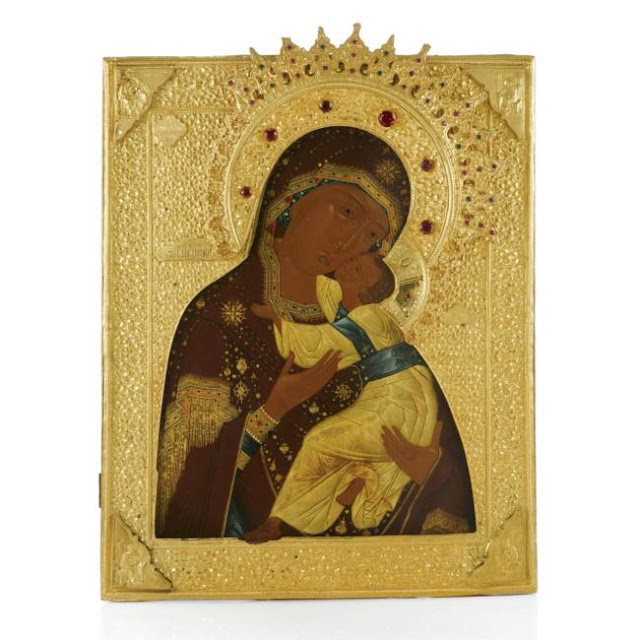 A Russian icon with Theotokos, 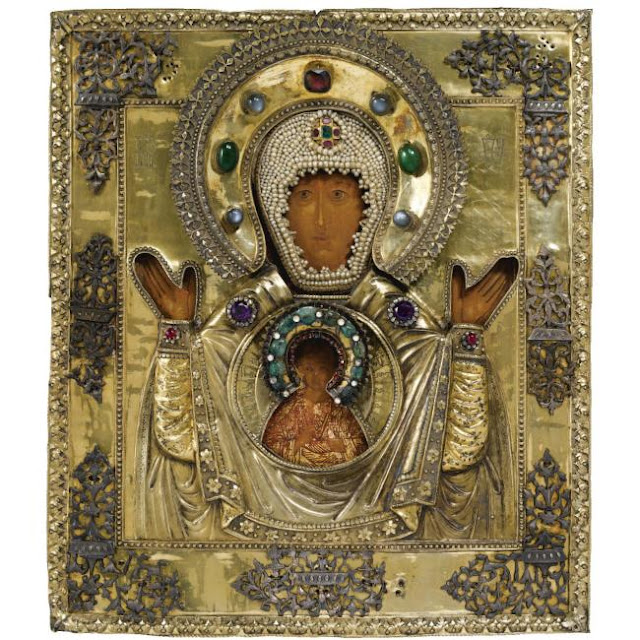 A silver-gilt, gem-set and seed pearl icon of the Mother of God of the Sign, 1811, the icon 17th Century