A Painter of Priests and Clergy 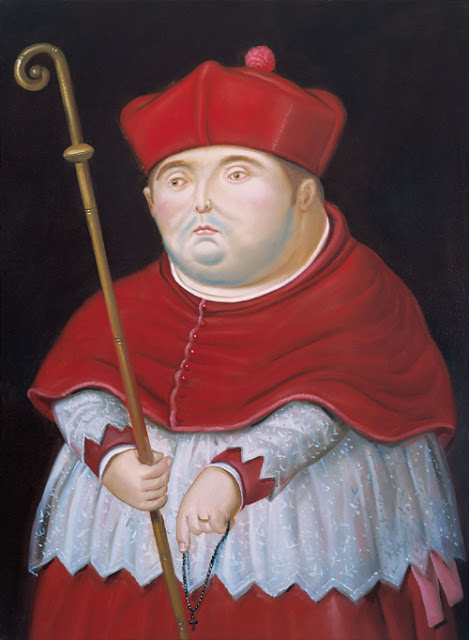 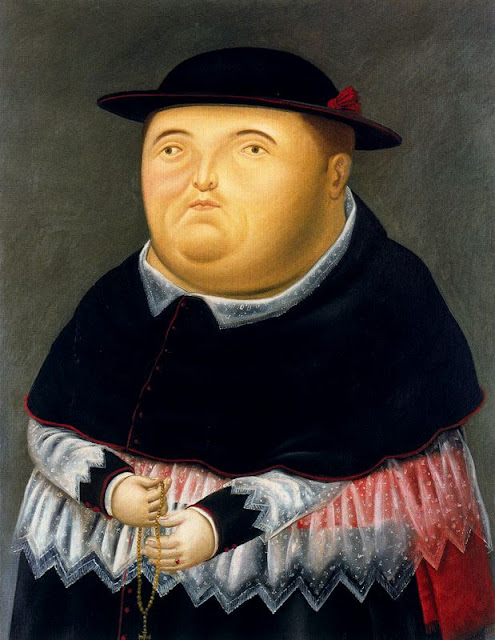 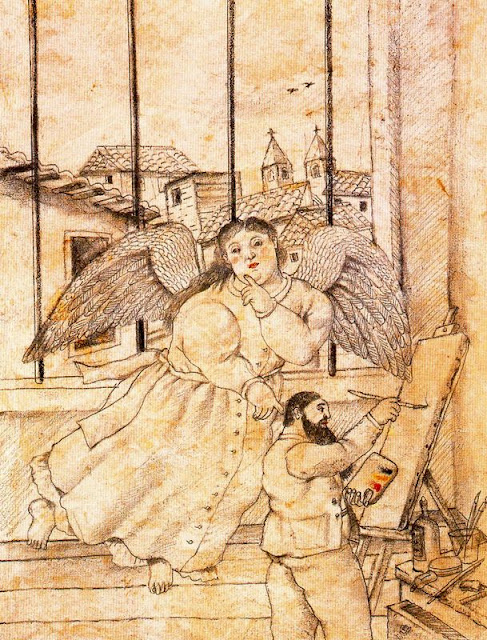 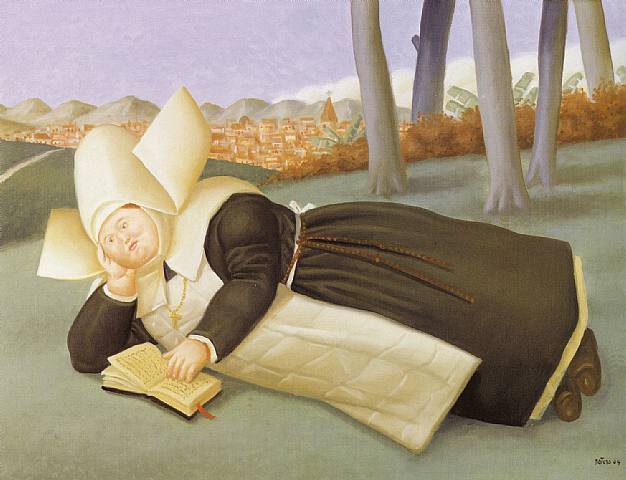 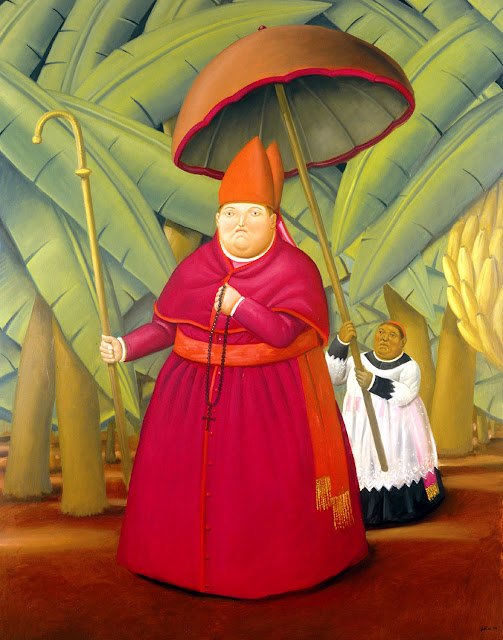 Fernando Botero is a Colombian painter and sculptor. After attending a Jesuit school in Medellín he was sent to a school for matadors in 1944 for two years.

From 1952 to 1953 he studied at the Academia de San Fernando in Madrid, although he was more interested in the paintings by Goya and Velázquez in the Prado.

In 1953 he moved to Paris, where he lost his earlier fascination with the modern French masters and spent most of his time in the Louvre.

He then travelled to Florence, where he stayed from 1953 to 1954 studying the works of Renaissance masters such as Giotto, Uccello and Piero della Francesca.

In the Trecento and Quattrocento masters, Botero discovered what would become enduring precedents for his work. He said:

"I learned about the suggestion of calm in Piero della Francesca ... It has to do with a sublime hieratic quality that is to be seen in Egyptian art and that always moves me. So much is insinuated in that paralyzed movement! There is such geometric rigour that the movements remain still for all eternity. I like the perennial aspect of the expression."

Mario Vargas Llosa has observed that:

"Botero has filled his pictures with clerics more for visual than spiritual reasons, and by so doing, he linked his work to those mentors and he expressed a world in which, in effect, as in the Italy of the city-states, the Church was omnipresent."

Botero once remarked of his early interest in clerical subjects:

"The reason why I painted priests is obvious,...I was totally involved in and enamoured with the Quattrocento. But I could not of course now paint characters of the Quattrocento. My priests were contemporary, but out of the Middle Ages."