Our Lady of Guadeloupe 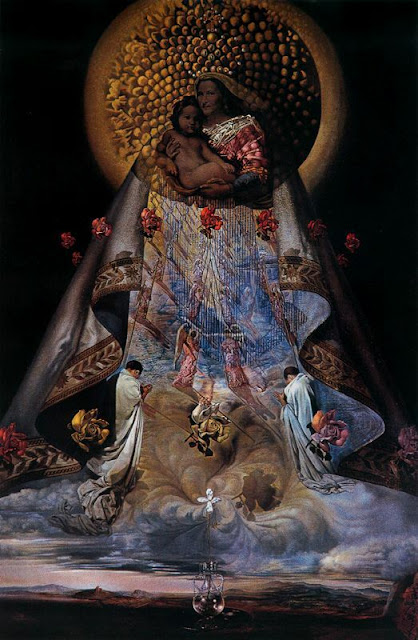 With the Brief Non est equidem of May 25, 1754, Pope Benedict XIV declared Our Lady of Guadalupe patron of what was then called New Spain, corresponding to Spanish Central and Northern America, and approved liturgical texts for the Mass and Liturgy of the Hours in her honour.

In 1935 Pope Pius XI proclaimed her patron of the Philippines and had a monument in her honor erected in the Vatican Gardens.

At the request of the Special Assembly for the Americas of the Synod of Bishops, Pope John Paul II named Our Lady of Guadalupe patron of the Americas on January 22, 1999 (with the result that her liturgical celebration had, throughout the Americas, the rank of solemnity), and visited the shrine again on the following day.

In 2002, he included in the General Calendar of the Roman Rite, as optional memorials, the liturgical celebrations of Saint Juan Diego Cuauhtlatoatzin (December 9) and Our Lady of Guadalupe (12 December).
Posted by Unknown at 7:47 pm