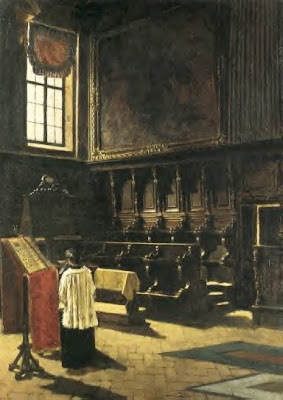 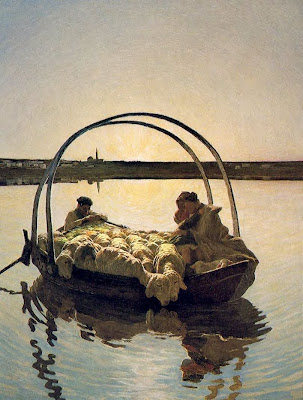 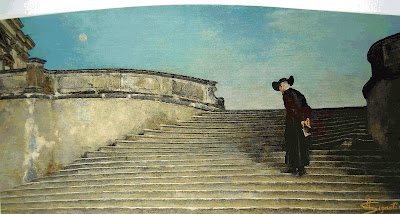 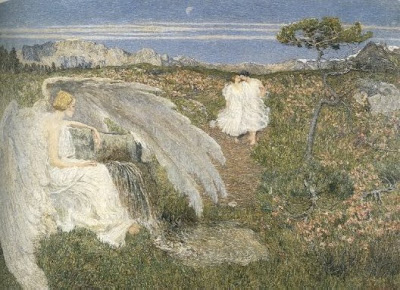 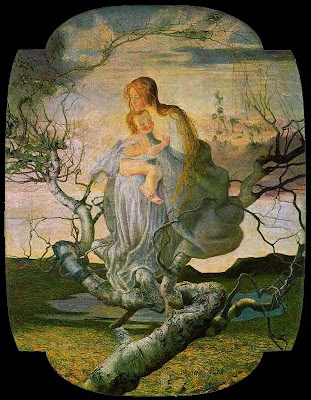 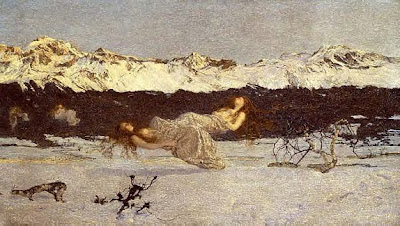 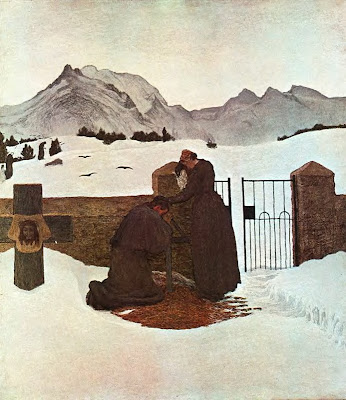 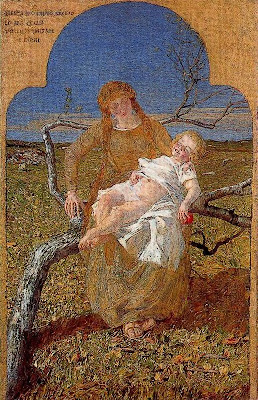 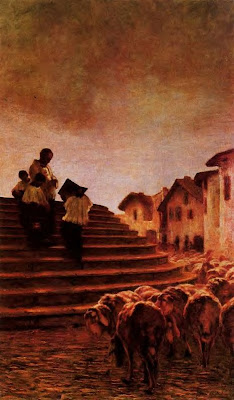 At age seven he ran away and was later found perishing of cold and hunger.He began to earn his bread by herding flocks in the hills and there he spent his long hours of solitude in drawing.

After more flights and more returns, Segantini finally settled in Milan to attend classes at the Brera. In Milan he was able to earn a living by teaching art and painting portraits.

His first picture, The Choir of Sant Antonio was noticed for its powerful quality. In it he used a technique, similar to Pointillism or Neo-Impressionism, that he had developed, apparently, simply by means of observing light and color at first hand.

He settled in Brianza, near Como. There he gave himself up to the study of mountain life, and became the painter of the Alps.

At this time he painted the Ave Maria, which took a gold medal at the Amsterdam Exhibition (1883),

Segantini died at Maloja in October 1899 while working on his famous piece Alpentriptychon.

For an interesting commentary on his life and one of his works see The Walker Art Gallery, Liverpool: Artwork of the Month - March, 2000 'The Punishment of Lust, also known as The Punishment of Luxury, 1891', by Giovanni Segantini (1858-1899)
Posted by Unknown at 6:56 pm