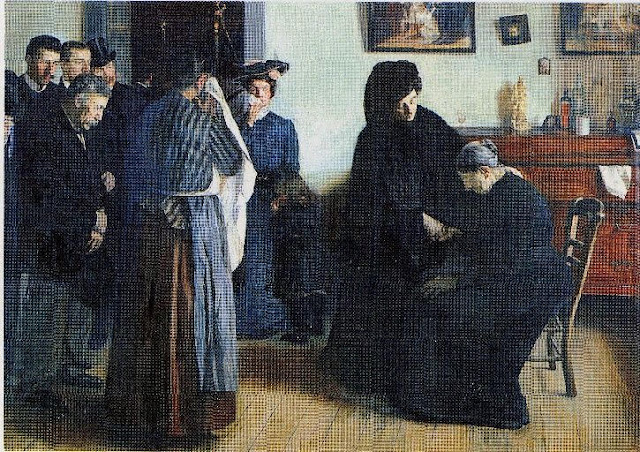 After this painting was executed, Lucien Jonas was mobilized in December of 1914 and in February of 1915 was offically accredited as 'military painter secunded to the Musée de l'Armée' in Paris.

During the war he travelled extensively along all sections of the front lines and produced thousands of drawings, oil paintings, charcoals, sketches and illustrations of all kinds.

His work was reproduced in the media of course and published in a multitude of magazines and books worldwide.

From the start of the war, the work of Lucien Jonas was quite sombre and bleak, full of pathos, suffering and religious symbolism combined with a fierce patriotism and love of France.

In these times, his style appears at times to be heavy-handed and overly sentimental and over emotional.


Some of his war illustrations are below. One does wonder as to what kind of painter he would have turned out to be and what he would have produced if it had not been for the First World War. 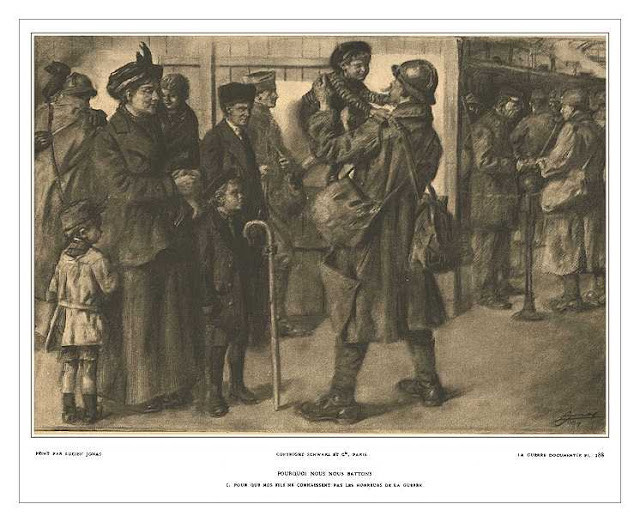 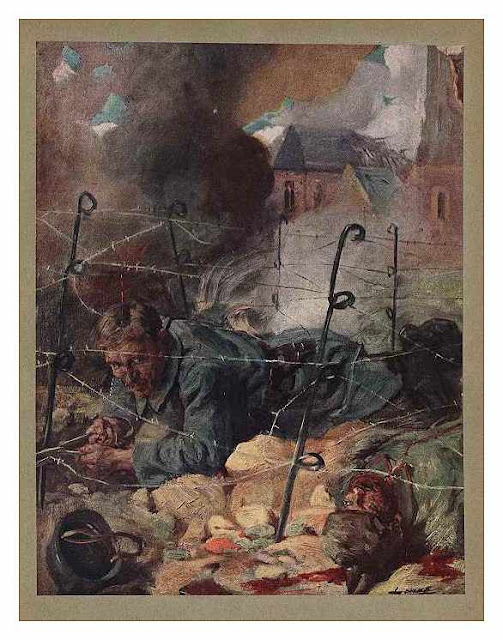