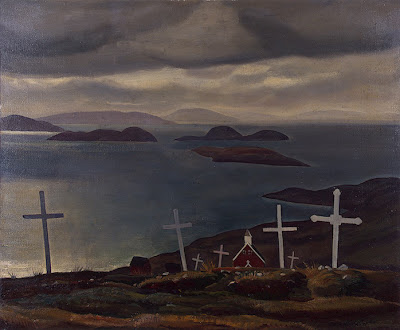 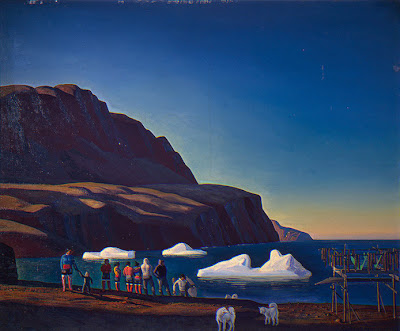 Kent's reputation in the United States declined in the 1950s and 1960s, and he became a target of McCarthyism. In 1960 Kent donated several hundred paintings and drawings to the Soviet people

In 2001, Kent was featured in a U.S. Post Office commemorative stamp series honoring American illustrators, including Maxfield Parrish, Norman Rockwell, Frederic Remington, and 16 others
Posted by Unknown at 7:13 am