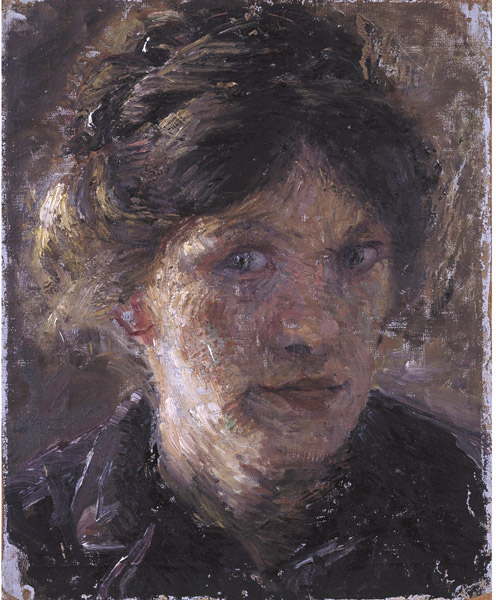 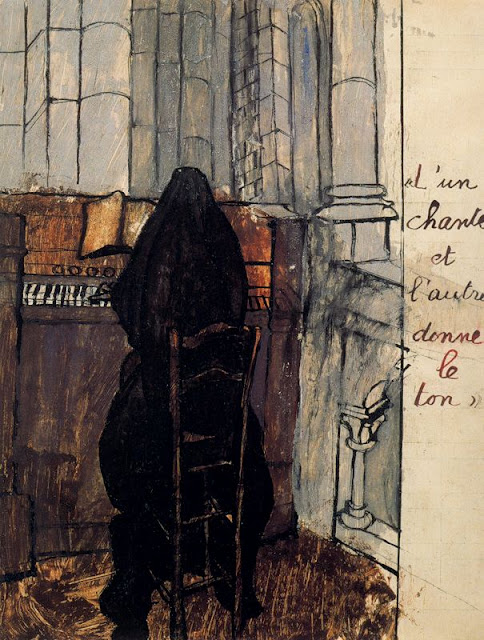 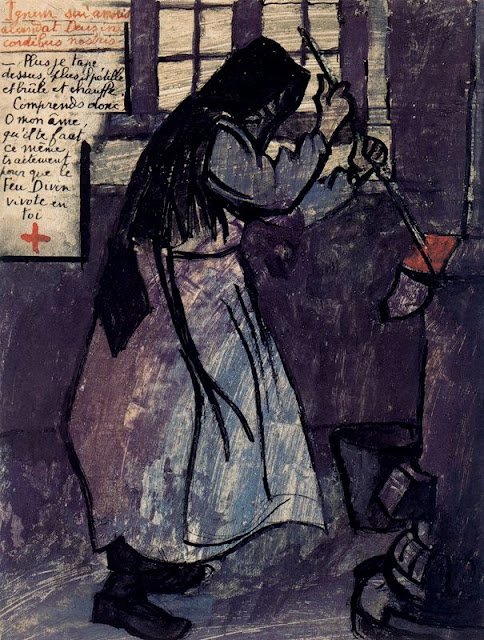 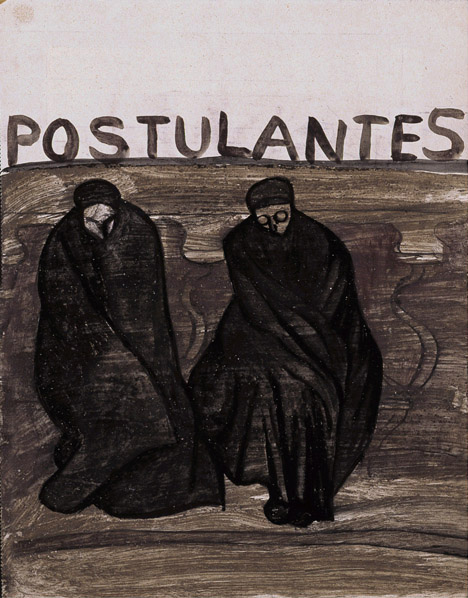 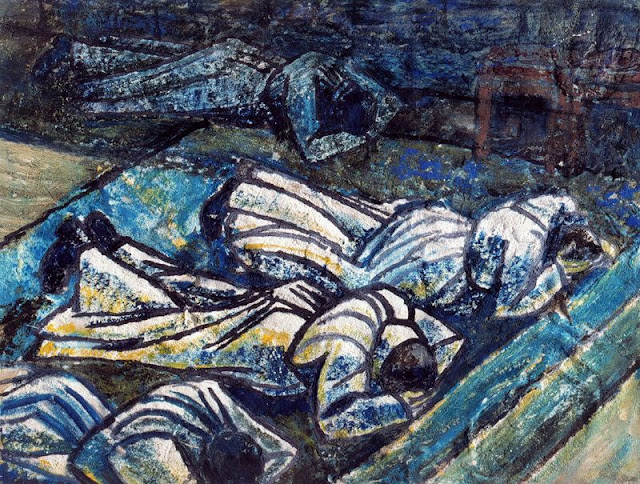 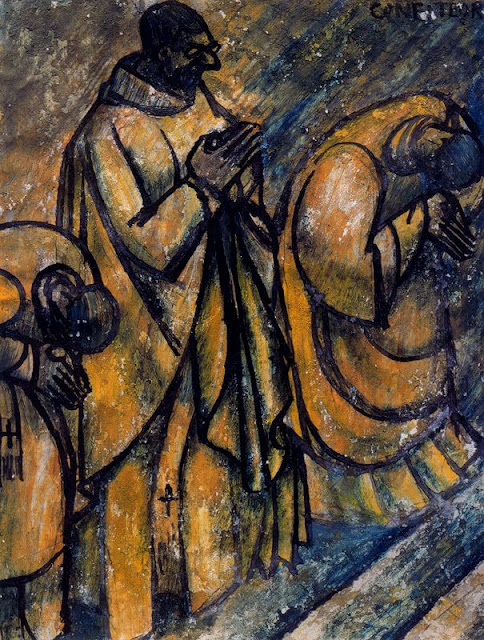 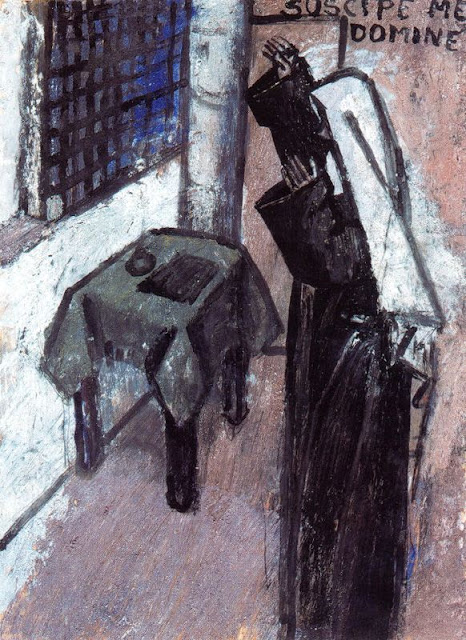 She was born Marcelle Gallois. She was an art student in Paris. She was violently anti-clerical as the temper of the times in Paris dictated. She was a rebel.

What brought her to the Benedictines was a combination of aesthetic and religious feelings that for years left her vocation in doubt.

She described a memorable Easter-week visit, at the age of 23, to church services at the convent she later entered.

From the shadows came the slow, profound chanting of Jeremiah's Lament for Christ.

Her attention was riveted on a Benedictine monk who might have been a figure in one of her own drawings today.

"He had an air which did not please me, an aspect rough and terrible. He was wearing a strange, black costume—austere, and with lines that recalled an earlier, more primitive age—a pointed hood, a belt of leather. What end was he seeking? I wondered. The austere grandeur of his habit, of that belt which hung from his waist, somehow entangled my heart in a way that was incurable."

In 1917 she was admitted to the Benedictines of the Rue Monsieur. Her family never accepted the vocation.

The way she had chosen was not easy for Geneviève (the name she took as a nun, from the patron saint of Paris).

The abbess said: "Geneviève wanted to arrive all at once. She tried too hard."

The rigorous austerities of the Benedictines, whose daily Mass begins at 5 a.m., broke her health. For 22 years she remained a novice.

The nuns looked on her work as something strange and disturbing.

As she got older, her hands became cramped with arthritis.

However in the late 1940s, her work began to be recognised outside the convent. Paul Alexandre, the first to understand Modigliani’s genius, was bedazzled when he discovered Mother Geneviève’s art. In 1950, the art world "discovered" her and she became recognised. Even the nuns in her convent began to see the value of her work.

Her work moves unceasingly between gravity, humour and deep exultation, and constitutes one of the most beautiful modern collections dedicated to monastic life, if not the human condition.