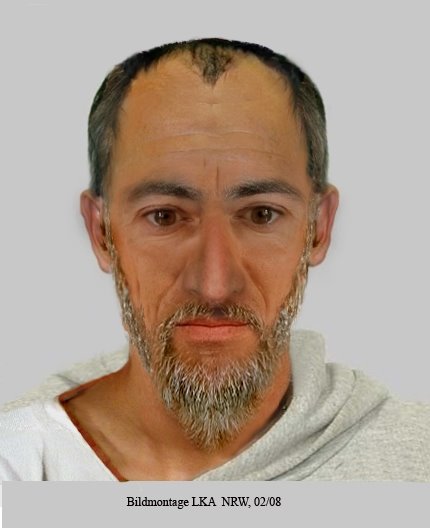 Pope Benedict XVI hit the ground running after his return to Rome. He started his General Audience on 27th August 2008 with a catechesis on the life of St Paul. It was a continuation of the series of catecheses he began in July, for the occasion of the Pauline Jubilee Year, on the life and teachings of the Apostle of the Gentiles.


"Today’s catechesis presents the life of Saint Paul, the great missionary whom the Church honours in a special way this year.
Born a Jew in Tarsus, he received the Hebrew name “Saul” and was trained as a “tent maker” (cf. Acts 18:3).
Around the age of twelve he departed for Jerusalem to begin instruction in the strict Pharisaic tradition which instilled in him a great zeal for the Mosaic Law. On the basis of this training Paul viewed the Christian movement as a threat to orthodox Judaism.
He thus fiercely “persecuted the Church of God” (1 Cor 19:6; Gal 1:13; Phil 3:6) until a dramatic encounter on the road to Damascus radically changed his life.
He subsequently undertook three missionary journeys, preaching Christ in Anatolia, Syria, Cilicia, Macedonia, Achaia, and throughout the Mediterranean. After his arrest and imprisonment in Jerusalem, Paul exercised his right as a Roman citizen to appeal his case to the Emperor.
Though Luke makes no reference to Nero’s decision, he tells us that Paul spent two years under house arrest in Rome (cf. Acts 28:30), after which—according to tradition—he suffered a martyr’s death. Paul spared no energy and endured many trials in his “anxiety for all the churches” (2 Cor 11:28). Indeed, he wrote: “I do everything for the sake of the Gospel” (1 Cor 9:23).
May we strive to emulate him by doing the same. "

Zenit provides a summary of the previous talks (or is it a fuller summary of yesterday`s talk ?)here and is reproduced below

""Because we will dedicate next Wednesday to the extraordinary event that occurred on the road to Damascus, Paul's conversion, an essential change in his life that followed from his meeting with Christ, today we will pause briefly on the whole of his life," the Holy Father explained.

The Pontiff began by discussing scholarly theories regarding the year of Paul's birth, generally estimated to be around the year 8 A.D.

"In fact, the celebration of the Pauline Year we are observing follows this chronology. [The year] 2008 was chosen thinking of his birth more or less in the year 8," he said. "In any case, [Paul] was born in Tarsus in Cilicia. […] A Jew of the Diaspora, he spoke Greek although having a name of Latin origin, derived by assonance from the Hebrew original Saul/Saulos, and he held Roman citizenship.

"Paul seems to be situated, therefore, on the border of the various cultures --Roman, Greek, Hebrew -- and perhaps also because of this, was disposed to fruitful universalopenness, to a mediation between cultures, to a true universality."

Paul also learned manual work, Benedict XVI noted, recalling that the Acts of the Apostle say he was a tent maker, "to be understood probably as a laborer of coarse goat's wool or linen fibers to make mats or tents." And when Paul was 12 or 13 years old, he "left Tarsus and went to Jerusalem to be educated at the feet of Rabbi Gamaliel the Elder, nephew of the great Rabbi Hillel, according to the most rigid norms of Pharisaism, acquiring a great zeal for the Mosaic Torah."

Nevertheless, the Pope noted, "Paul passed into history more as a Christian, what is more, as an apostle, than as a Pharisee. His apostolic activity is subdivided traditionally on the basis of three missionary journeys, to which is added a fourth -- his journey to Rome as a prisoner. All are narrated by Luke in the Acts."

The Holy Father then recounted the extent of Paul's travels and the importance of his preaching for the early Church. He particularly noted how the apostle was key for the birth of Christianity in what would later become Europe.

"[In Troas] another important event took place: In a dream [Paul] saw a Macedonian from the other side of the sea, namely in Europe, who said, 'Come and help us,'" the Pontiff recounted. "It was the future Europe that requested the help and light of the
Gospel."

The Pope said he would return in later catecheses to the theme of Paul's martyrdom. "For now," he said, "in this brief account of Paul's journeys, suffice it to take into account how he dedicated himself to the proclamation of the Gospel without sparing his energy and facing a series of grave trials, of which he has left us an account in the Second Letter to the Corinthians."

"We see a determination that is explained only by a soul truly fascinated by the light of the Gospel, enamored of Christ, a soul sustained by a profound conviction: That it is necessary to take the light of Christ to the world, to proclaim the Gospel to all," Benedict XVI continued "This I think is what stays with us from this brief account of St. Paul's journeys: to see his passion for the Gospel, and thus intuit the grandeur, the beauty, and even more, the deep need that all of us have of the Gospel.

"Let us pray so that the Lord, who made Paul see his light and hear his word, and touched his heart profoundly, make us also see his light, so that our hearts will also be touched by his word and so that we too will be able to give today's world, which thirsts for it, the light of the Gospel and the truth of Christ."