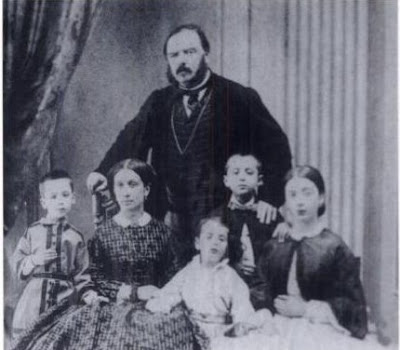 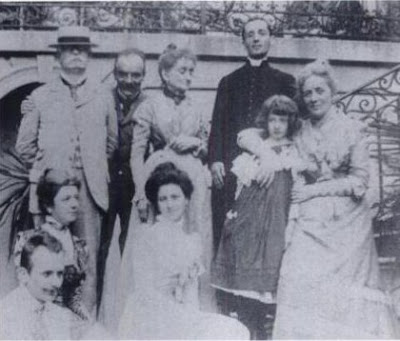 Father Della Chiesa in 1902 with his family. He was not consecrated a Bishop until 22nd December 1907 when he was consecrated a Bishop by Pope Pius X in the Sistine Chapel
Photographs from Benedict XV: The Unknown Pope and the Pursuit of Peace by John F. Pollard (2005)

In physical appearance, Pope Benedict XV was a slight man. The smallest of the three cassocks which had been prepared for whoever the new Pope might be in 1914 was still a good deal too big for him. As a result, he became known as "Il Piccolito" or "The Little Man".

On 4th September 1914, The New York Times commented on the election of Pope Benedict XV that nothing was known about the new Pope. It remarked that all that was known in the public mind about the new Pope was that as Archbishop of Bologna, he had issued a Pastoral Letter to his Diocese denouncing the tango, the craze for which had swept through Europe in 1913.

But what it forgot or did not know was that it was only a special kind of person who could work successfully with two utterly different personalities such as Cardinal Rompolla and Cardinal Merry del Val.
Posted by Unknown at 7:27 pm