The Problem of Job 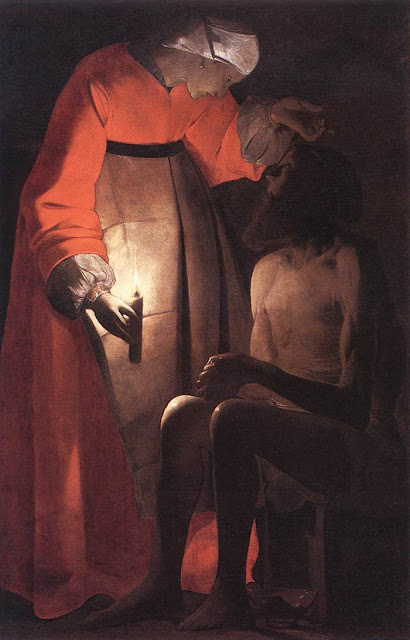 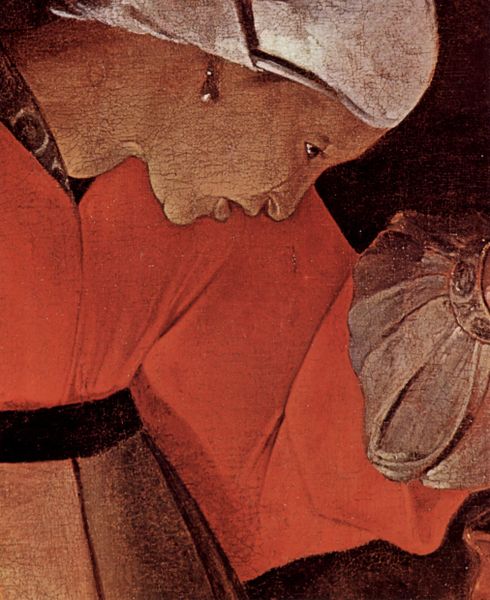 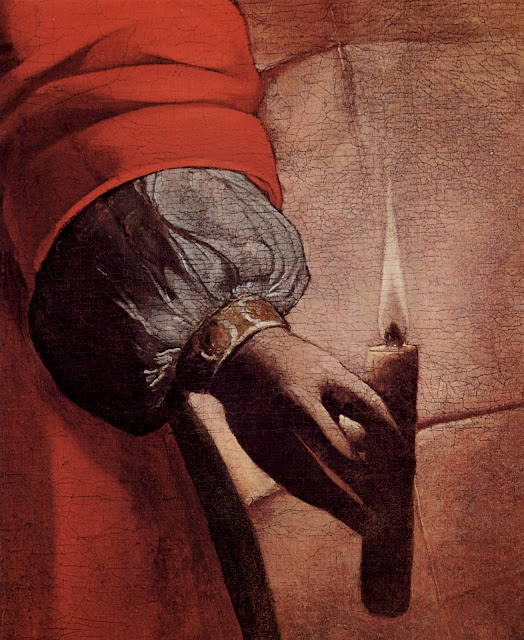 De La Tour painted mostly religious scenes lit by candlelight, and after centuries of posthumous obscurity became one of the most highly regarded of French 17th century artists in the 20th century

Historians have catalogued this painting under the title "Visit to the Prisoner", but now it is fairly certain that the theme is Job being mocked by his wife

La Tour always depicts the source of light within his works. The light forming the centre of the composition comes from the candle, and everything turns around this centre of gravity.

It is a scene of contrasts: light/dark; large wife/smallish husband; assertiveness/meekness.

Some have thought that this is his last work before he and his family died of parapleurisy in an epidemic which affected the aea where they lived. Others have classified it as early work of one of his nocturnal scenes.

In the novel The Only Problem by Muriel Spark, the hero, Harvey Gotham, becomes obsessed in the Museum at Epinal with a "serious, simple and tender" painting: this painting.

The hero is absorbed by the Book of Job. The character Harvey has a different take on the picture from that suggestedby the Biblical text.

"The scene here seemed to Harvey so altogether different from that suggested by the text of Job, and yet so deliberately and intelligently contemplated that it was impossible not to wonder what the artist actually meant."

Harvey comes to the conclusion that for de la Tour, "Job and his wife are deeply in love."

And looking closely at the features of Job`s wife in the painting, the tenderness of expression of the wife is not one of mocking but of deep affection and love.

Spark apparently learned from a guidebook of the painting in Epinal. She went to see it. Although the book was one third written, she wrote the painting into the book. (see John Glavin: Muriel Spark`s Unknowing Fiction, 1988 Women`s Studies Volume 15, pages 221-241)

For Spark, the Book of Job was a haunting and recurring theme throughout her work.
Posted by Unknown at 7:35 pm